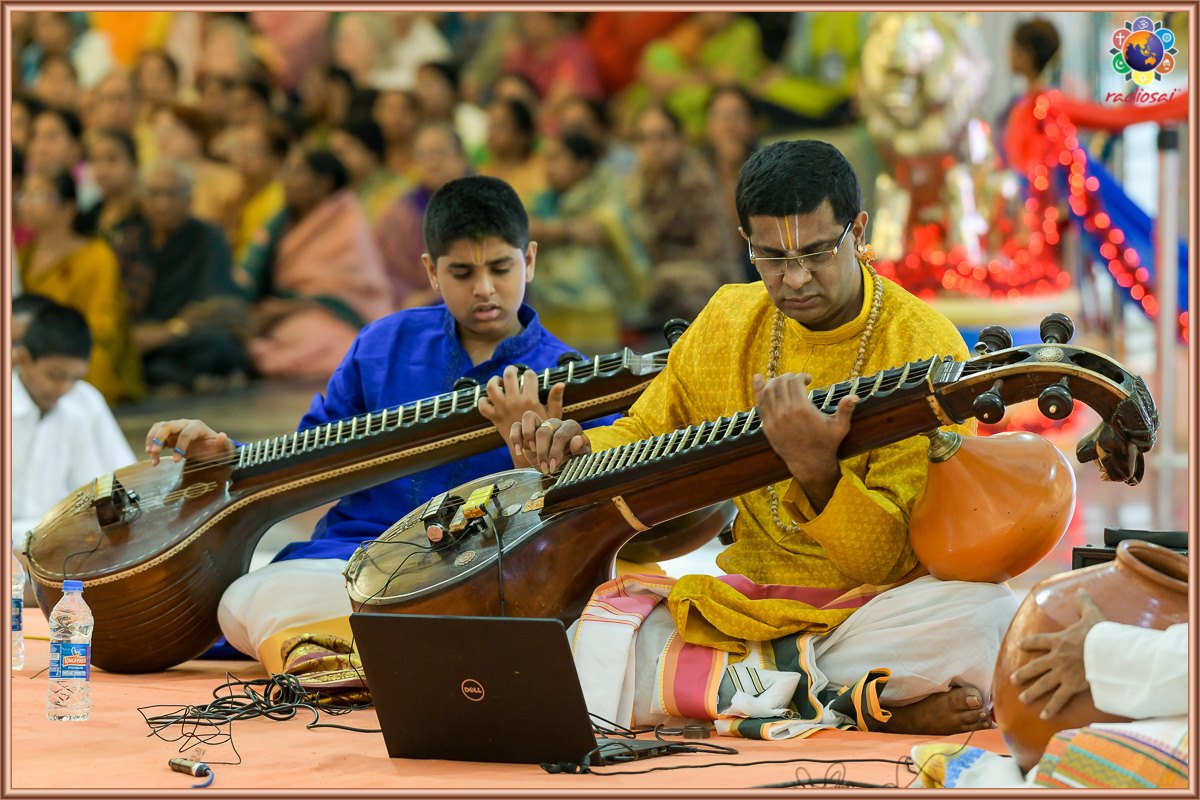 Carnatic Veena exponent Vidwan Prashant Iyengar and team presented a Veena concert this first evening of the 94th Birthday celebrations in Prasanthi Nilayam today. Accompanied by his son Master Rama MP along with Thillaithanam Dr R Sankarnarayanan and Dayanant Mohite on veena, mridangam and ghatamrespectively, Prashant Iyengar’s offering today had the embellished beauty of a stream of musical notes, some of the popular numbers being Kurai Ondrum Illai…, Sri Ramachandra Kripalu Bhajamana…, Raghupathi Raghava Rajaram…, finding fulfilment through the blessed instrument, Saraswathi Veena. A capacity audience sat through the eighty minute session, completely absorbed in the beauty of the classic classical offering. Post the programme, the artist and the accompanist were felicitated by senior Ashram officials.  The session continued with Bhajans and concluded with Mangala Arathioffering shortly after 1830 hrs.

Ladies’ Day will be celebrated tomorrow, studded with programmes in the morning and evening. Ladies’ Day had its inception in the year 1995, initiated by Baba ‘HimSelf’, calling for greater women participation in social and spiritual revolution in their role as feminine energy. 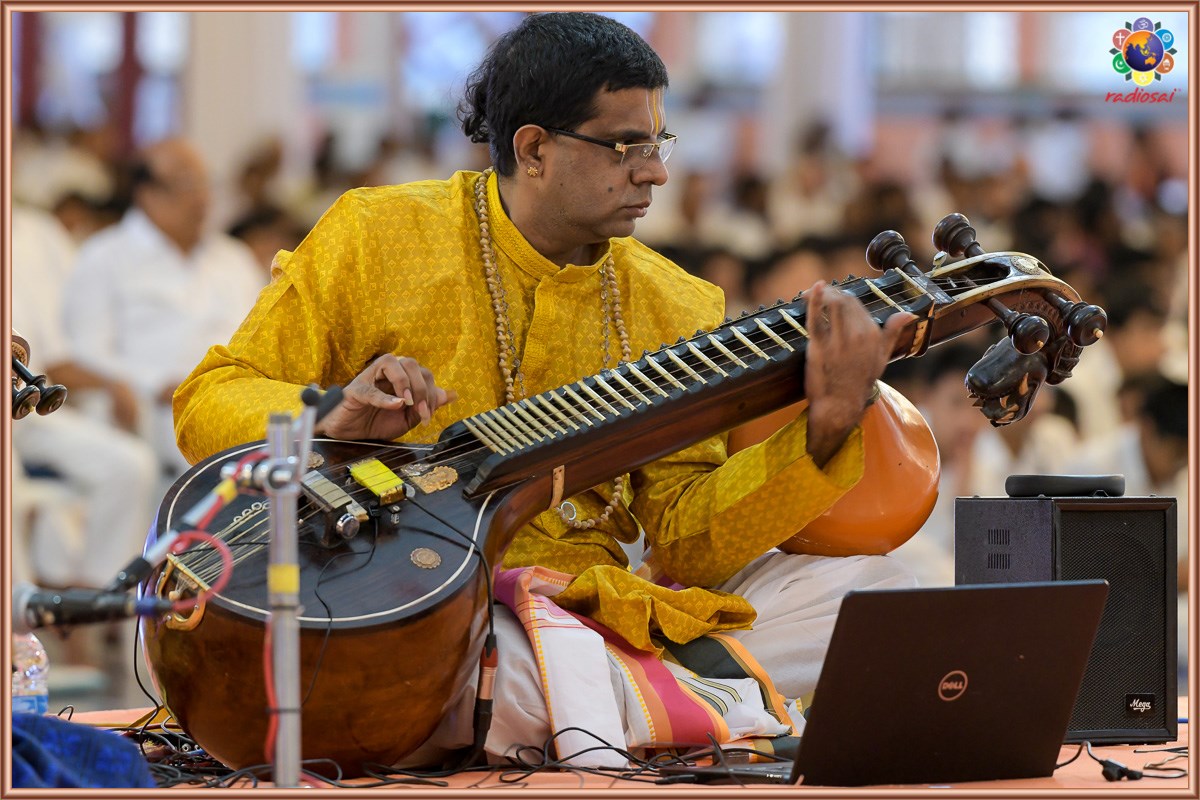 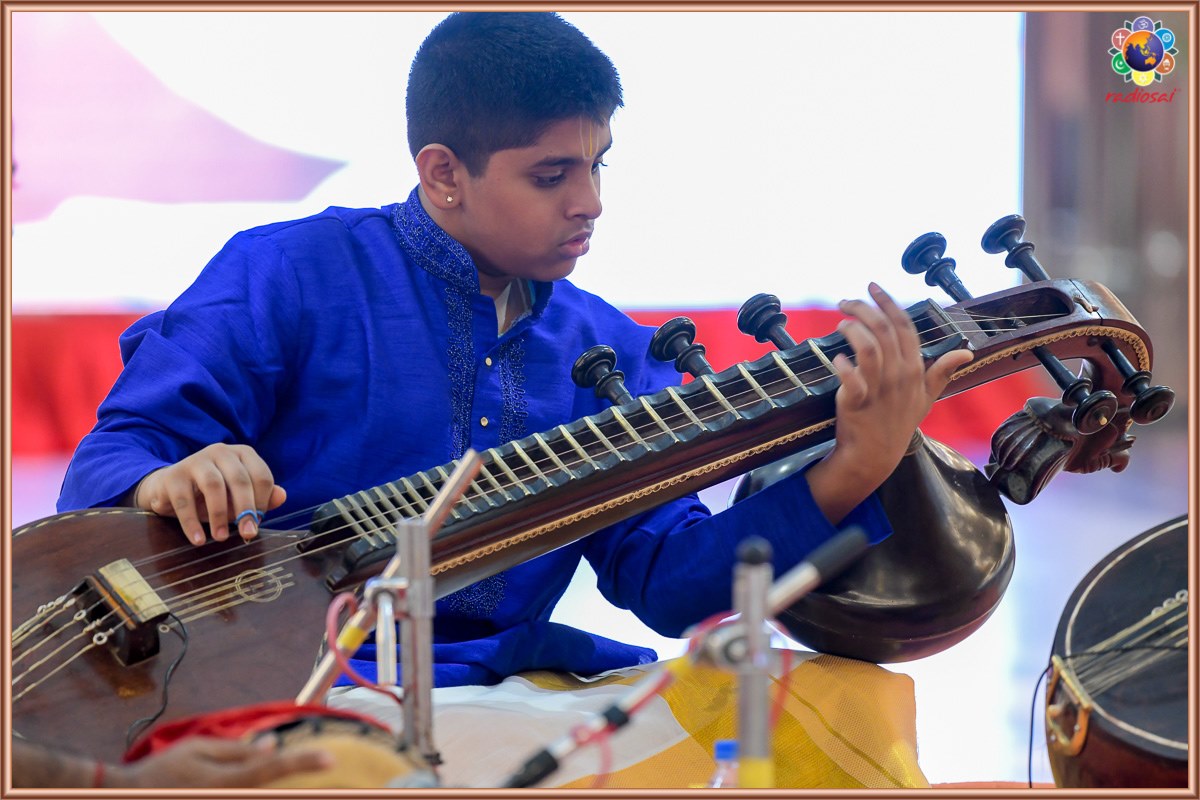 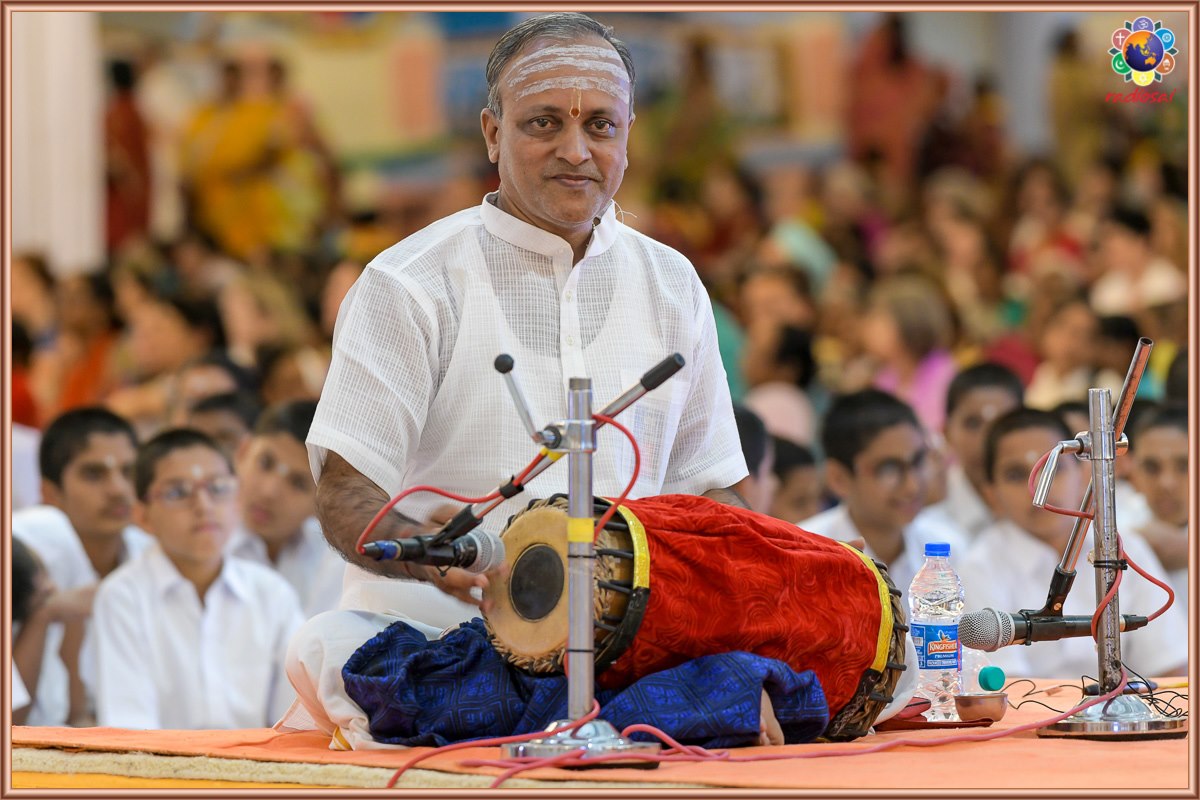 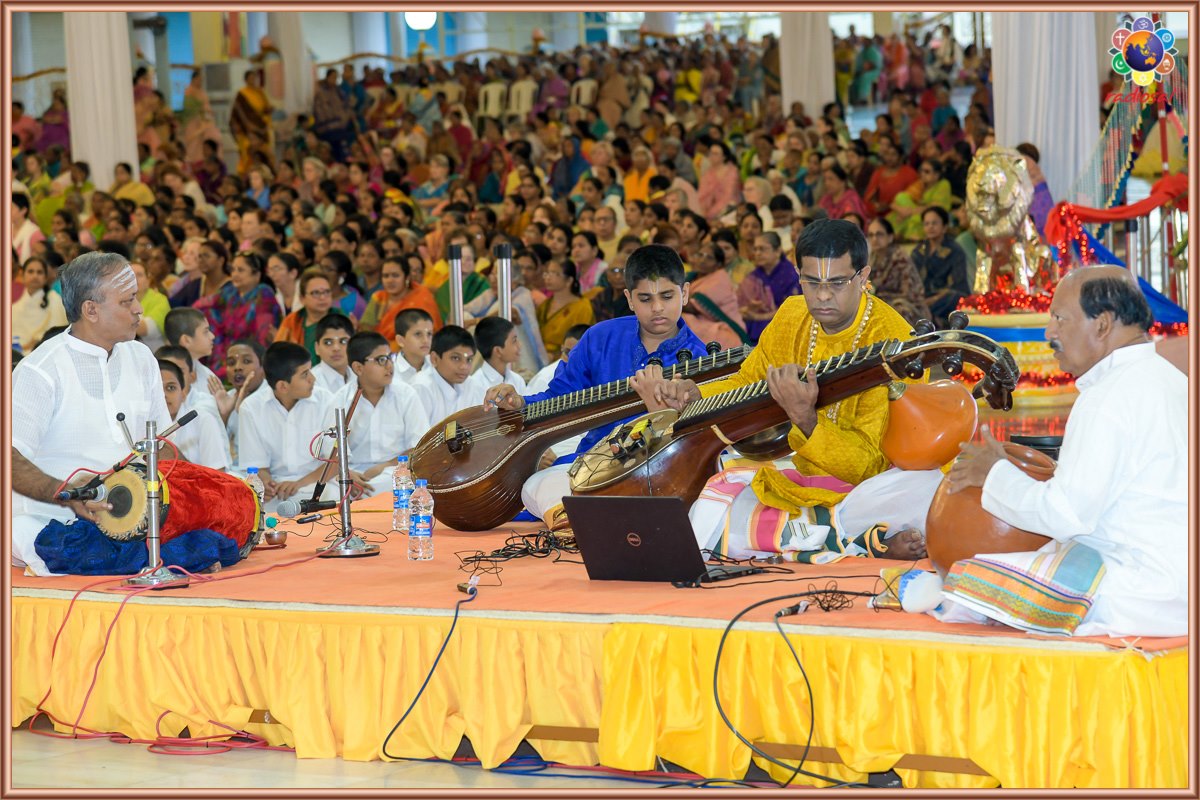 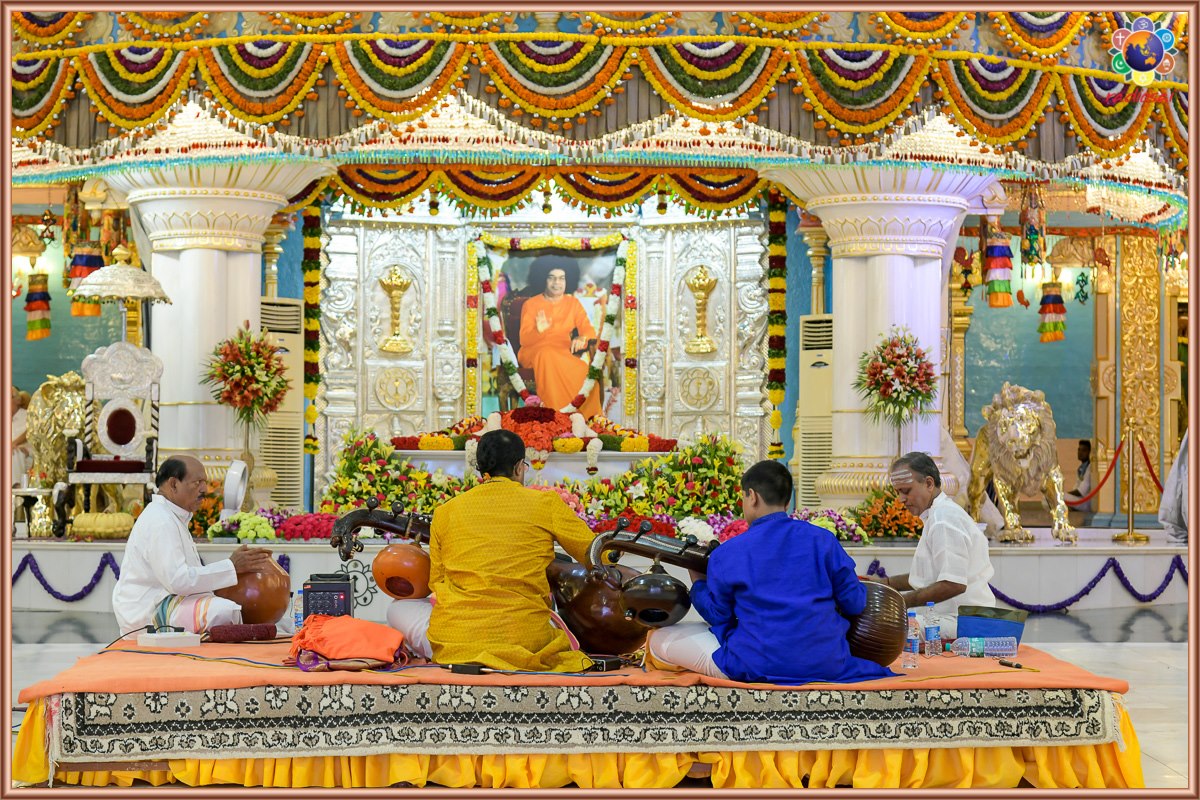 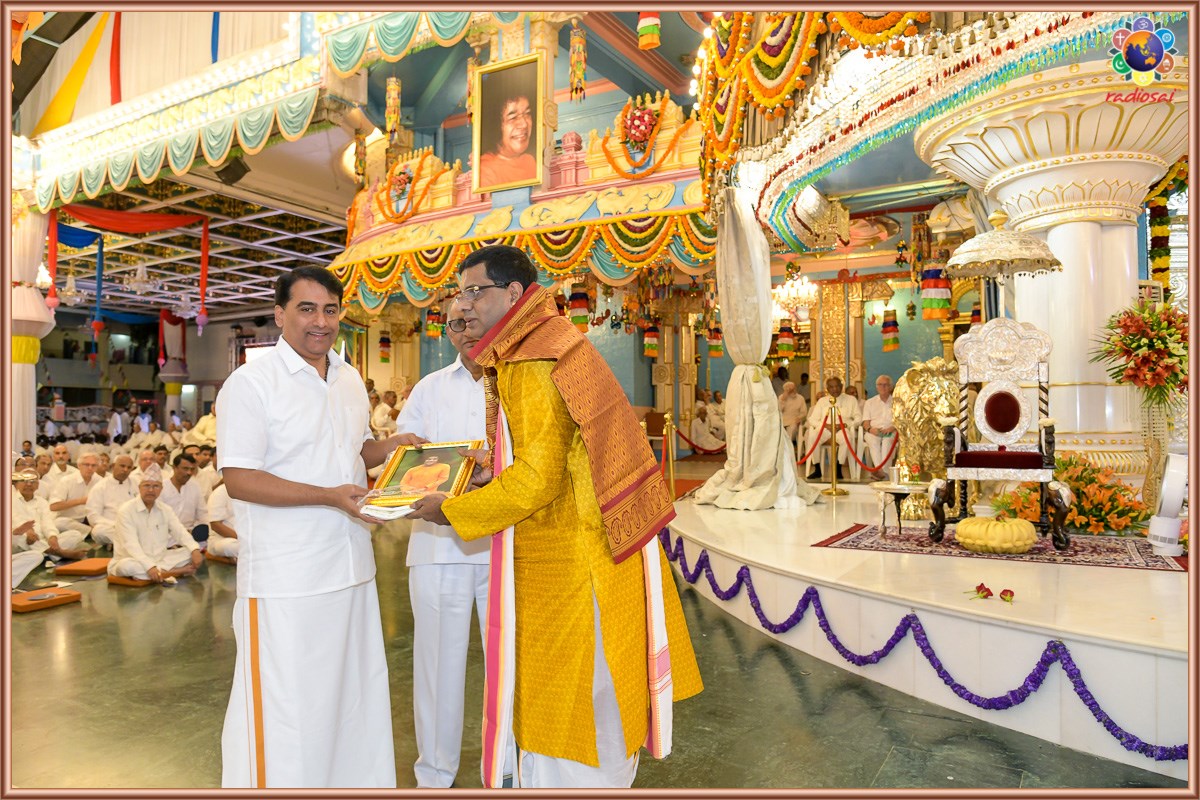 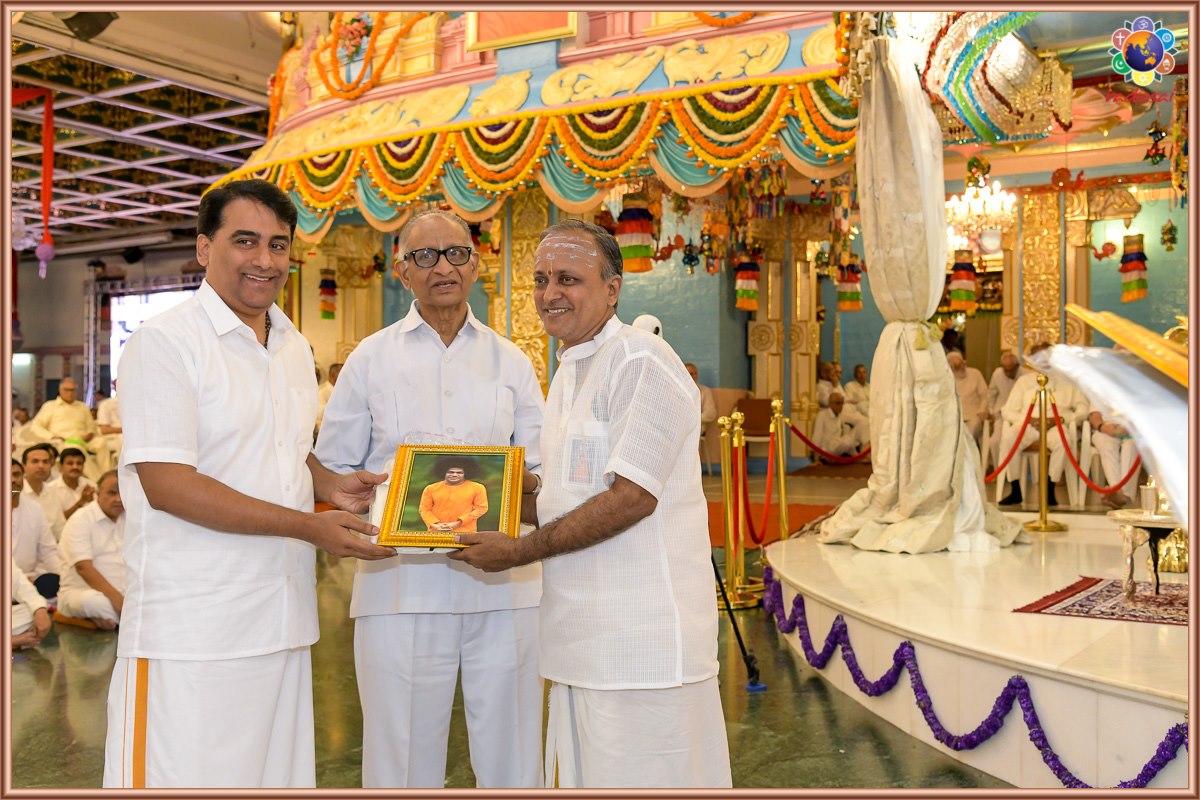 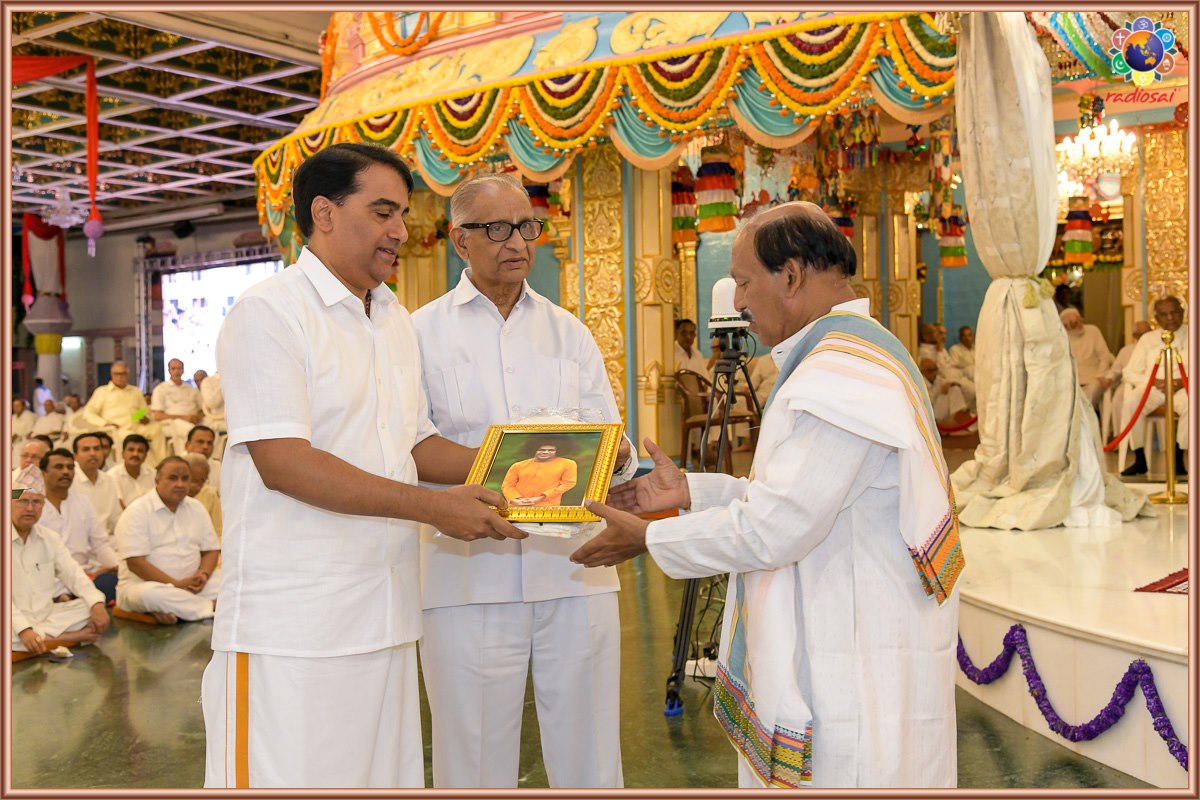 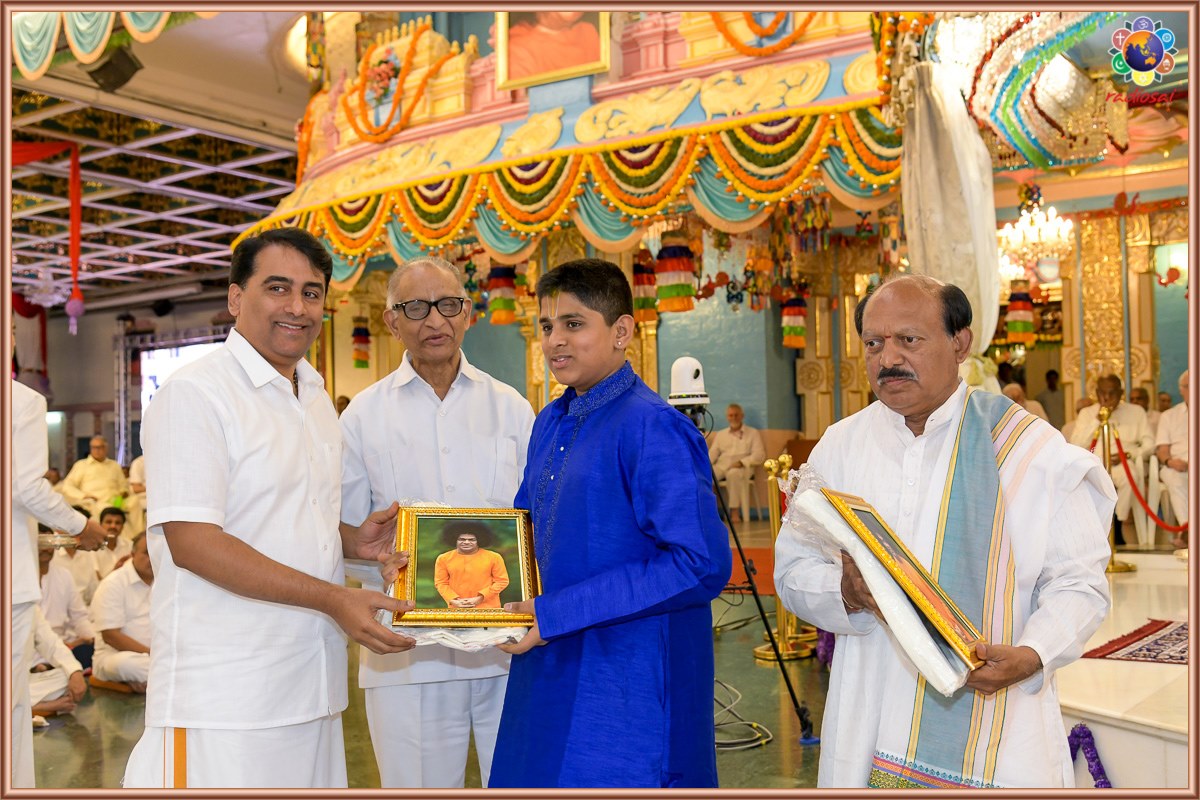