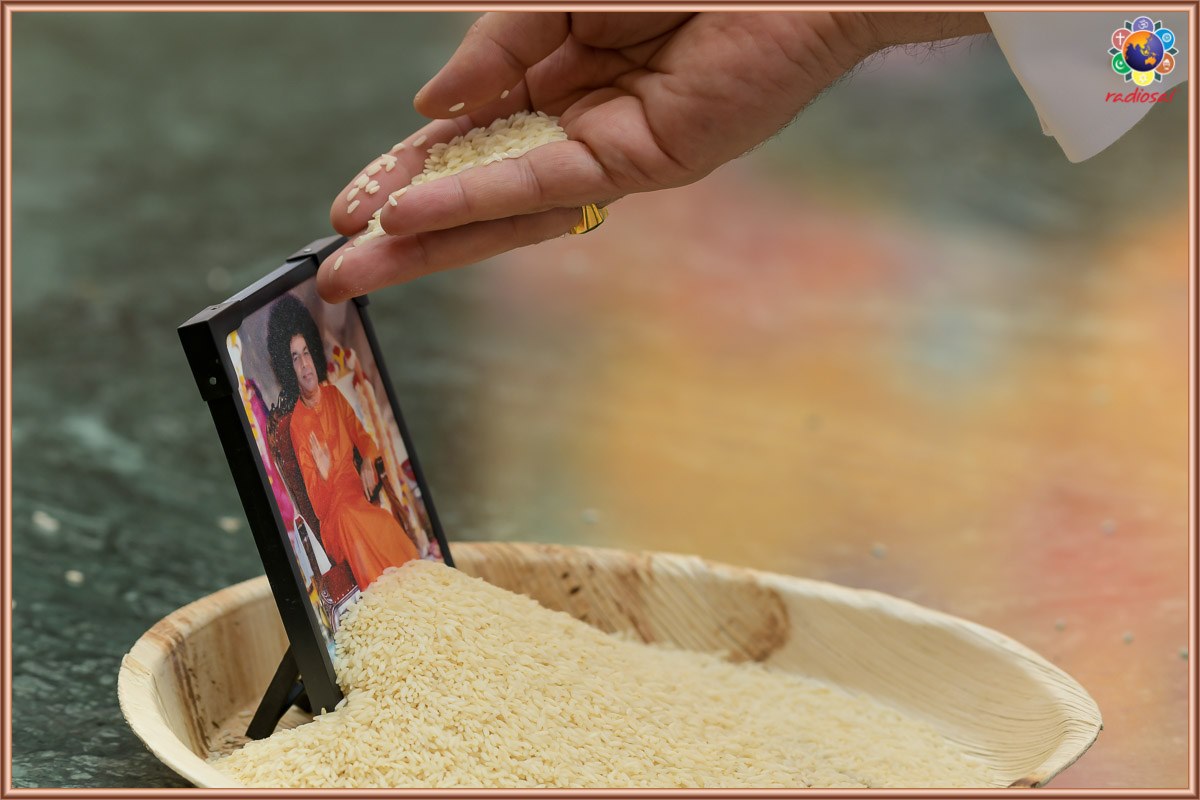 Sri Sathya Sai Seva Organisations that is undoubtedly the holiest of all organisations carries a special burden, the burden of the badge, the badge of carrying His Name, the onus of being His chosen institution in taking His mission across… to vaster global expanse. In its relentless pursuit to match with His benchmarks and expectations, the Sri Sathya Sai Seva Organisations has been focusing and refocusing on the many ‘sadhana’ aspects spelt out by Baba over the last many decades during His earthly sojourn. Post the spiritual conference held last November in Prasanthi Nilayam, efforts in this direction earned a real fillip, enhancing a steady reach out to masses with projects many.

Pursuing with the effort, a fresh look on the theme of ‘Narayana Seva’, feeding the poor has been initiated this morning by the SSSSO – India.

Speaking on the occasion, stressing on a need for a refocus on the theme, AIP Sri Nimish Pandya reminded the august assembly that Narayana Seva is not mere poor feeding, but a personal, family and community sadhana, which comes with stage-wise evolution from the individual to the family to the community. Reminding that every single task is done for his or her own self, for self emancipation, the AIP had a word of caution that, it is not enough to say that we are Sai devotees, or we belong to Sai centres, but practice is of paramount importance.  With reference to the Narayana Seva, we have meandered a little away from the goal, admitted the AIP, asking the devotees to refocus on the essence of the activity to ensure the sanctity that has greater spiritual connotation.

What does Beloved Baba say on the subject? Baba says, when we are engaged in Daridra Narayana Seva, God in the poor is being served, that the formless God has taken the form of the poor hapless one, the Daridra Narayana. (Baba’s Divine discourse was played, resounded on the public address system, filling and fulfilling Prasanthi Nilayam).

Profusely thanking Baba for the golden opportunity, the AIP in his concluding remarks hoped that no human being on the face the Earth should go hungry, which is the collective sankalpa (vision) on the occasion.

Sri D.V. Chandrasekhar, alumnus and currently Senior Manager, SSSIHMS, Whitefield was the master of ceremonies for the morning. Introducing the Laksharchana programme he emphasised on the Lakshya, which is important from Baba’s point of view. 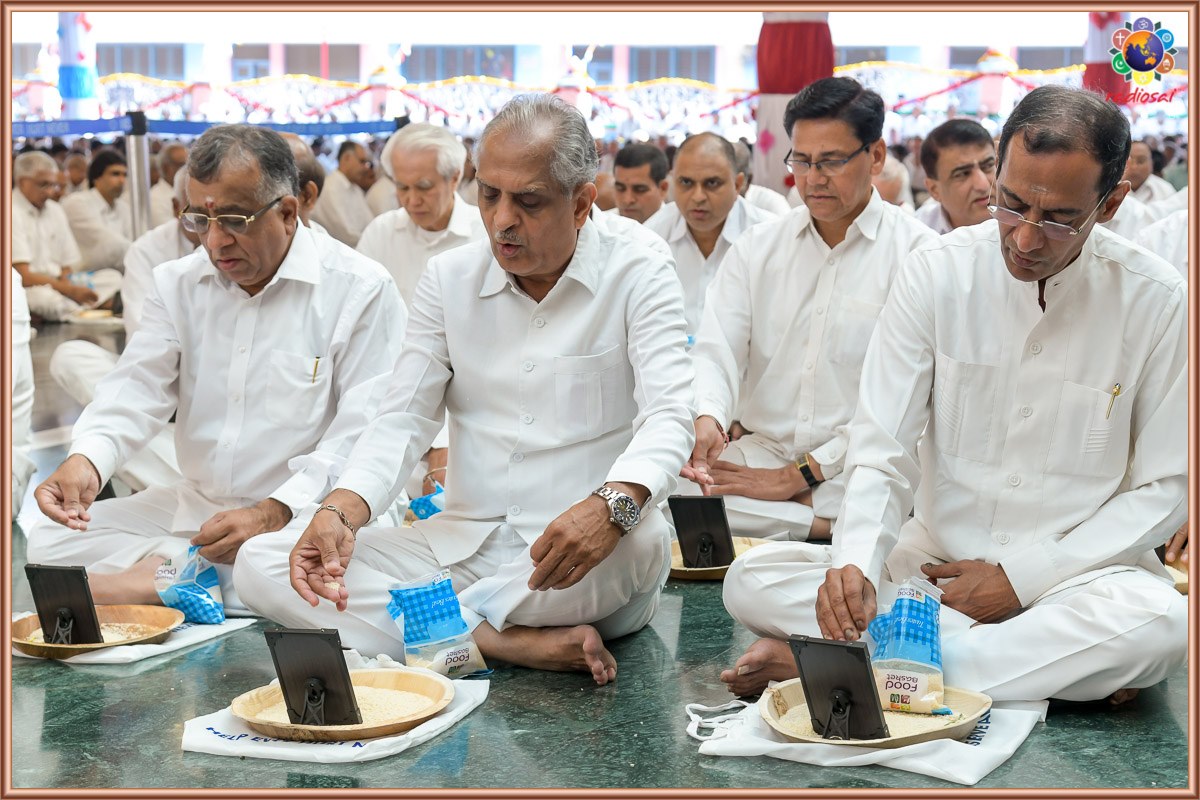 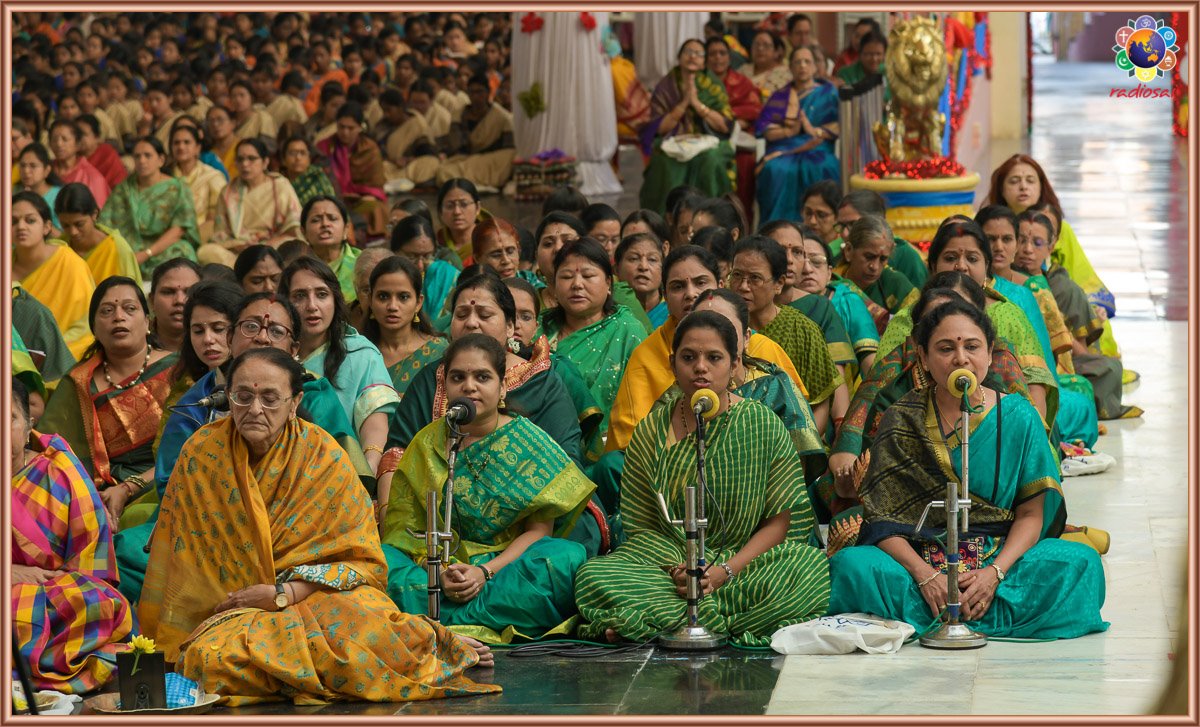 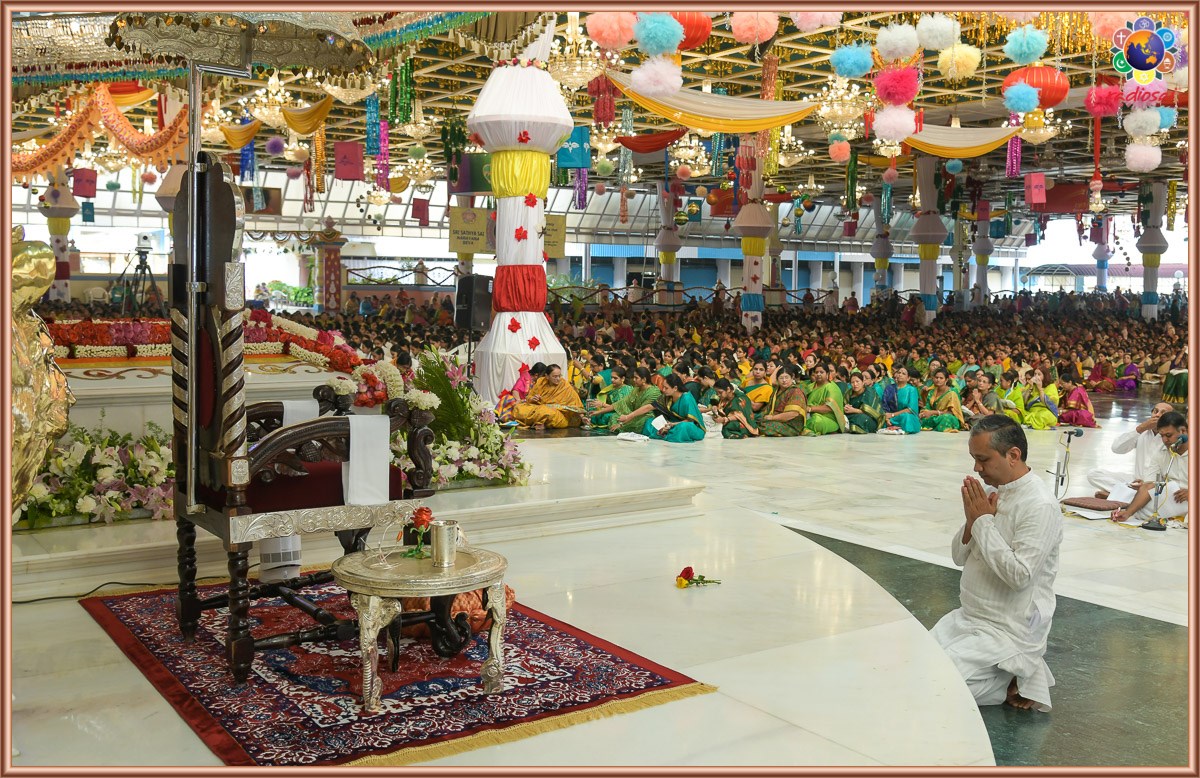 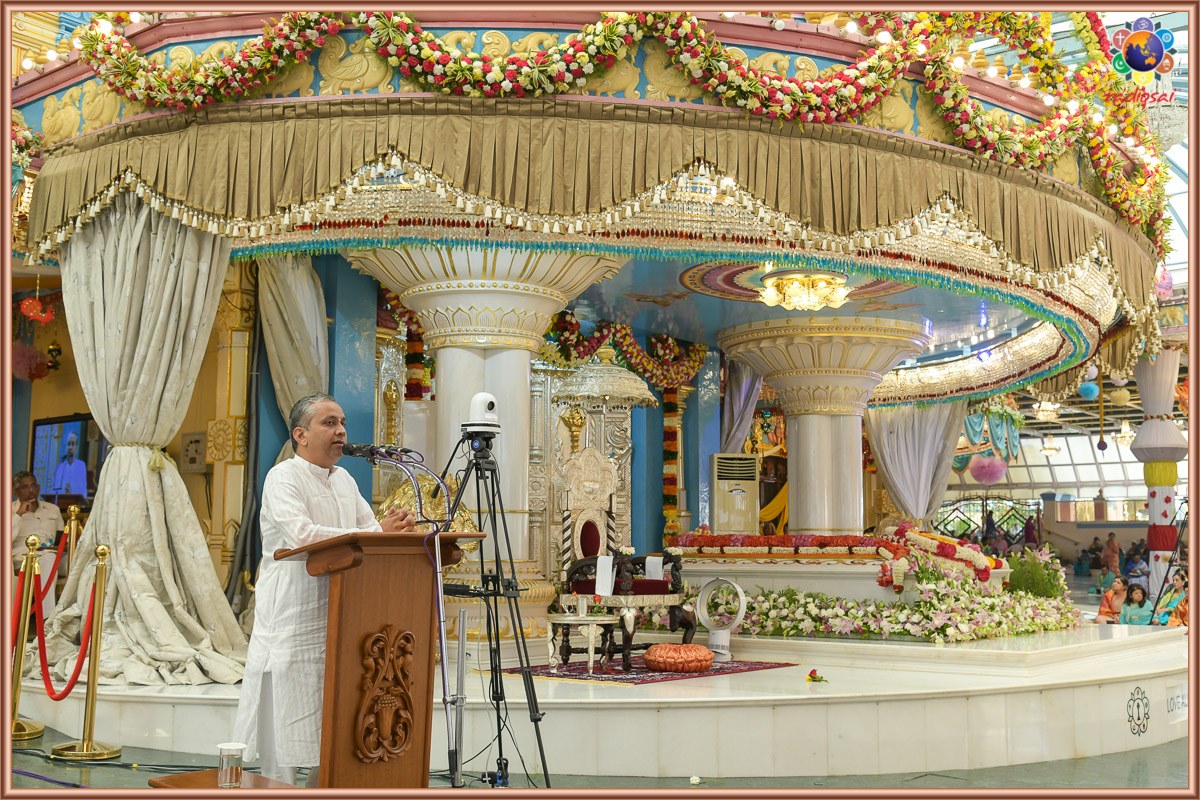 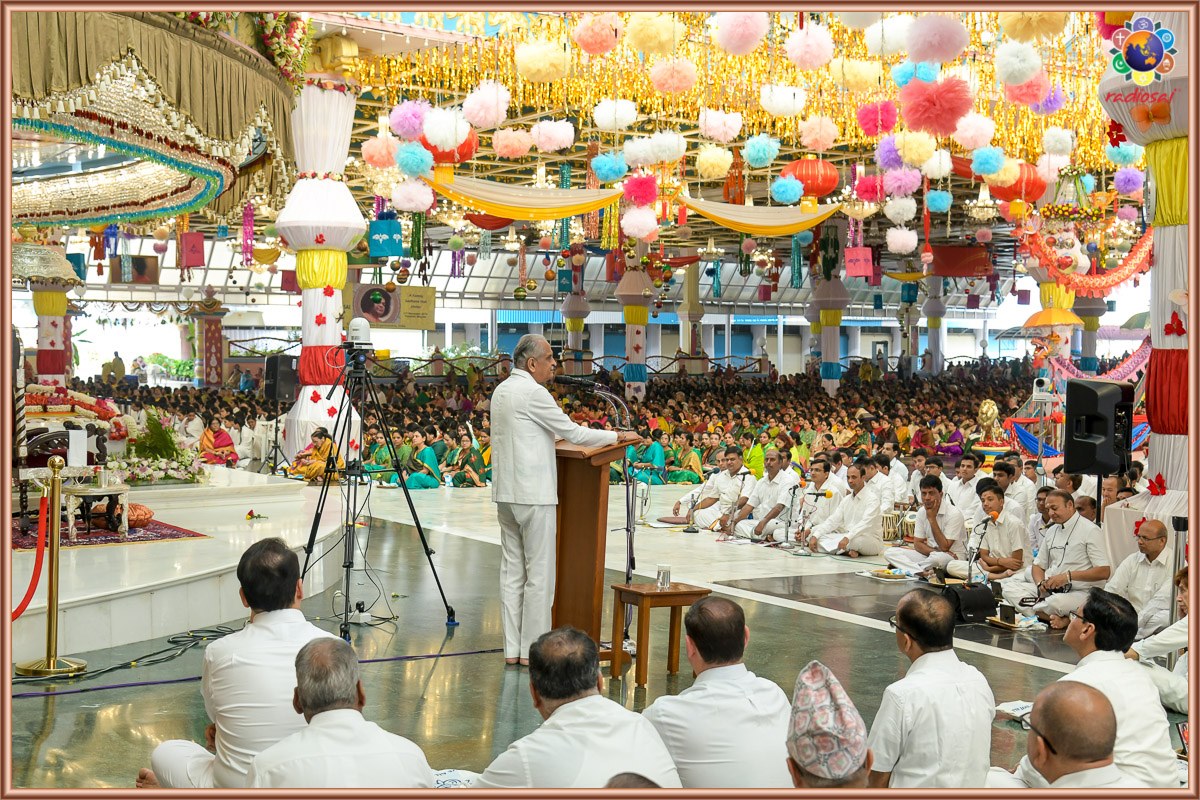 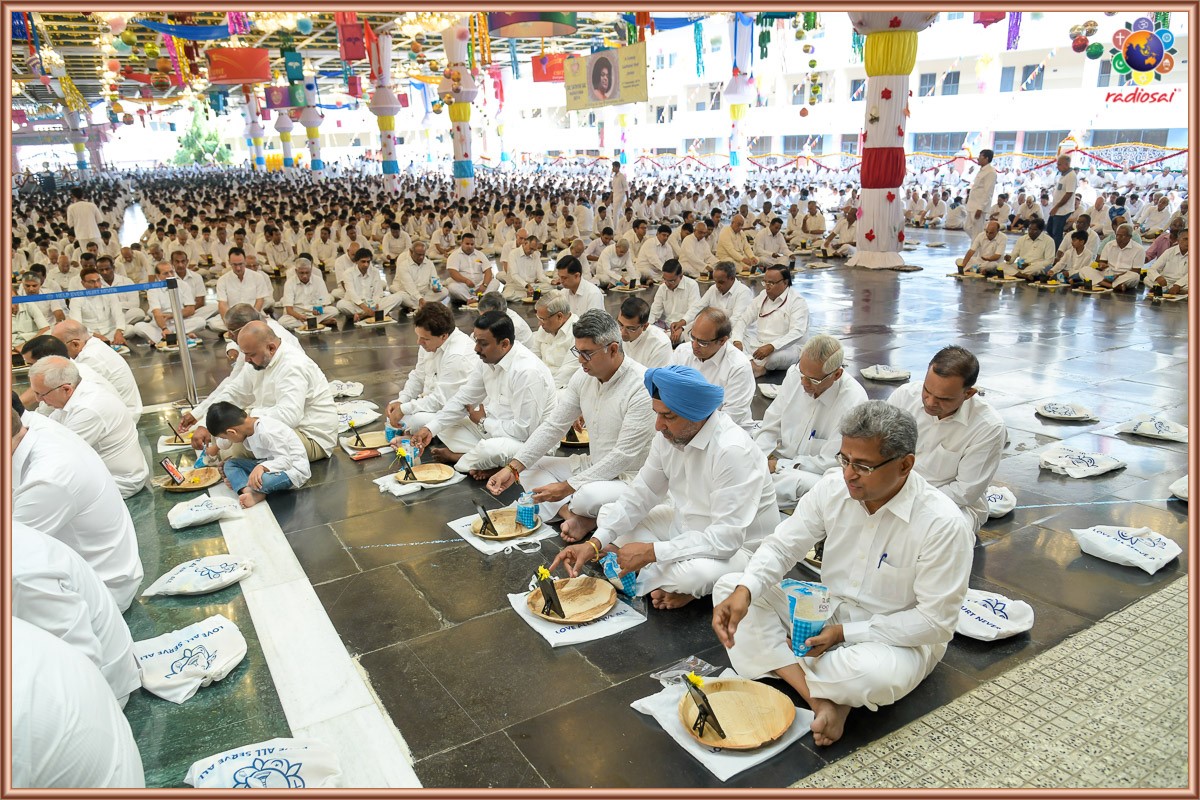 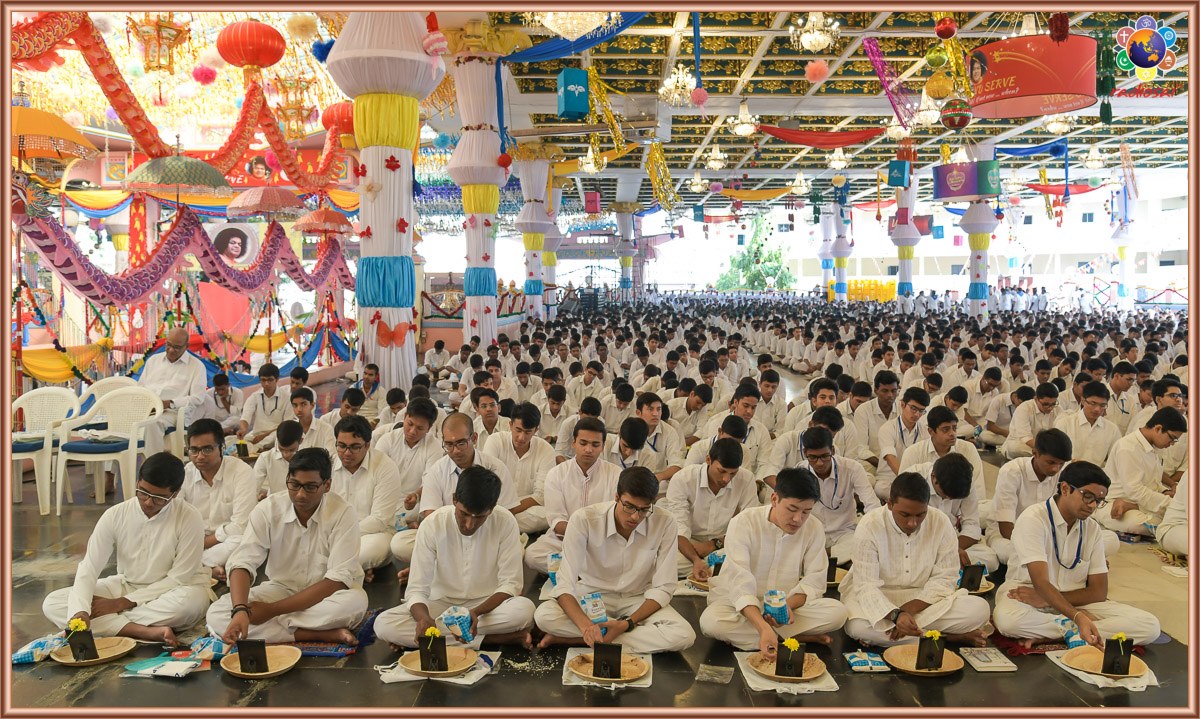 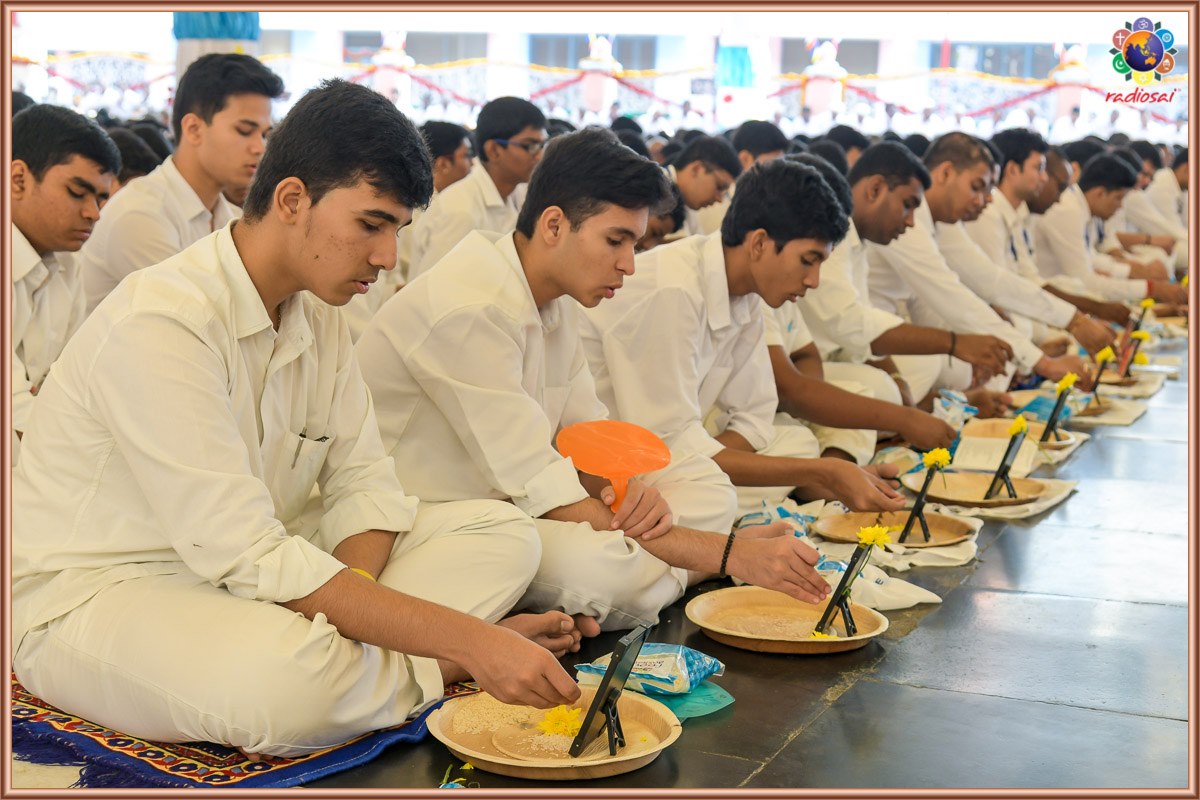 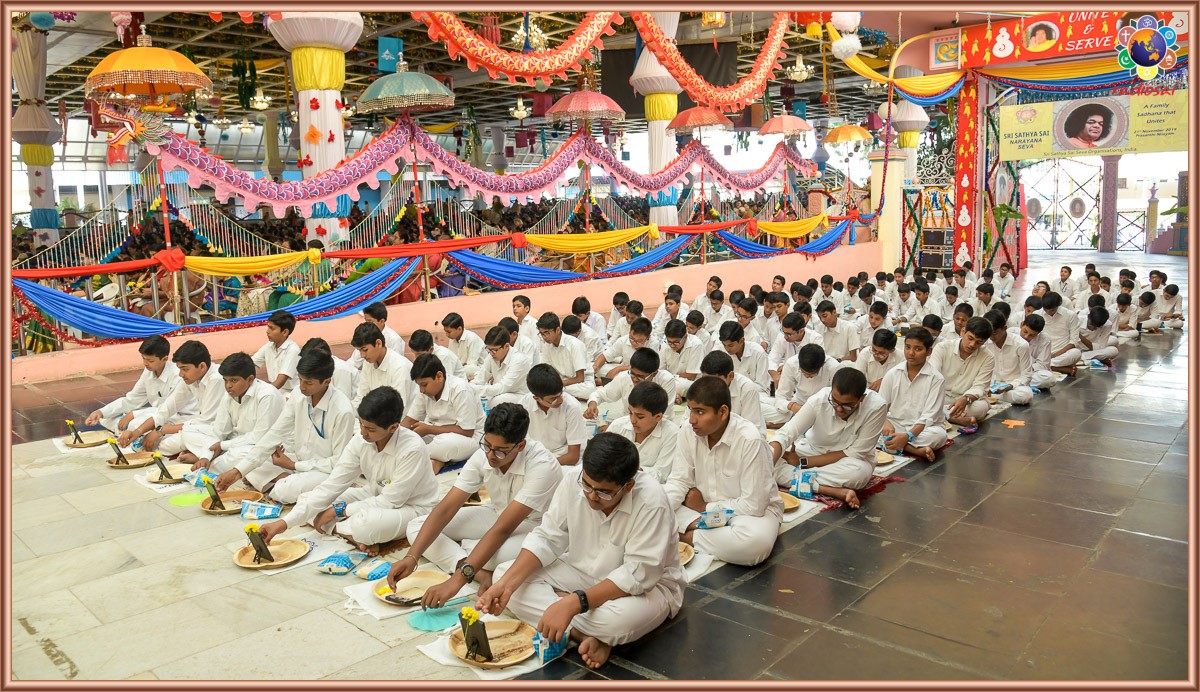