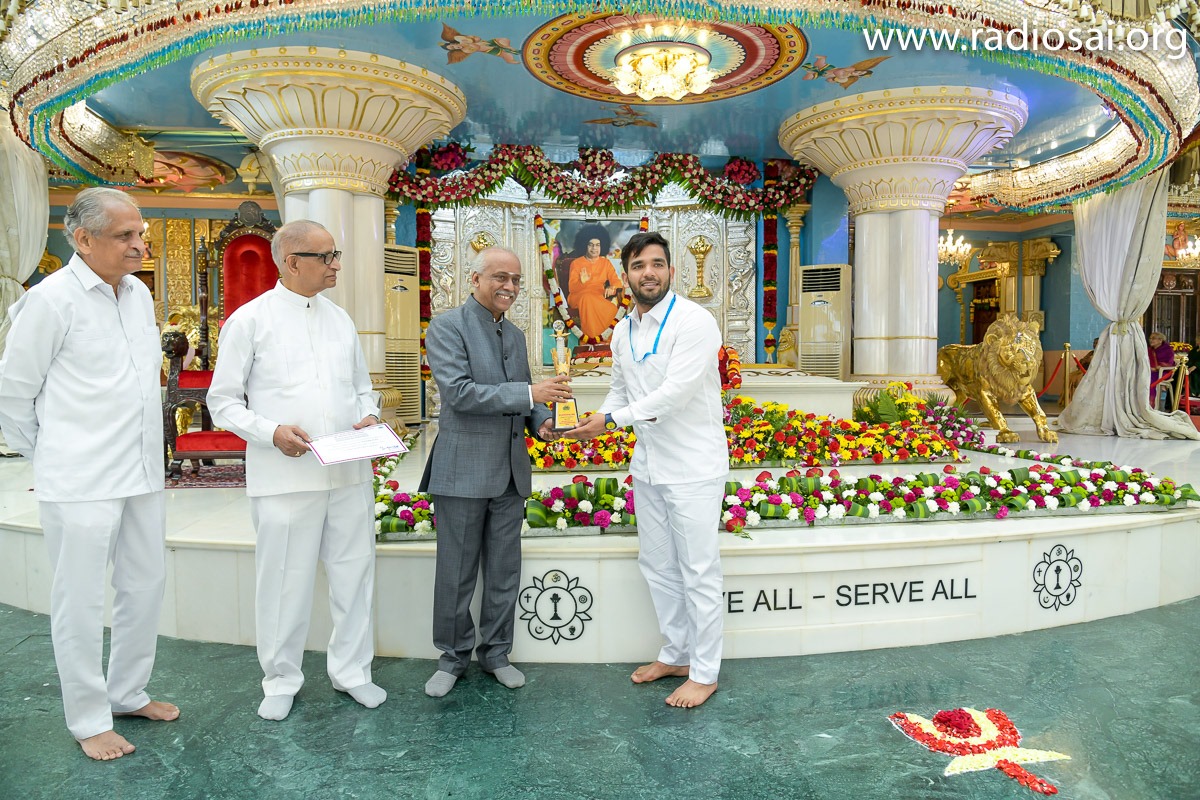 Mr Justice V. Ramasubramanian of the Supreme Court of India today lauded the Sri Sathya Sai Balvikas Movement as the only institution that makes good human beings. Delivering the Chief Guest’s address at the 10th Pan-India SSSBV Convention and 7th Annual Convention of Group III students and alumni of SSSBV in Prasanthi Nilayam, Puttaparthi this evening, Justice Ramasubramanian, himself an alumnus from the first batch of SSSBV, effectively drew a comparison between the worldly education and the value-based Balvikas education.

Much against the worldly pursuit of wealth, status and prosperity offered by the worldly education, the SSSBV offers character and contentment, said the speaker, highlighting on the natural wealth of contentment offered by the BV movement. What is the outcome of IQ without SQ, spiritual quotient, questioned the speaker highlighting on how the twin, ‘emotional and spiritual quotient’, by the SSSBV comes handy in the modern-day’s stressful living.

Underlining the values being promoted, he observed that the pledge being ordained in the SSS Balvikas is more constitutional than the pledge ordained under the constitution of India. Certificates and diplomas in SSSBV are more valuable than the worldly certification being ordained by normal schools and colleges, he added. Promoting the movement fifty years ago, in the most crucial time, Bhagawan rightly delinked money and employment from being pursued, as students in Balvikas are not made to approach anyone seeking these twin compulsory worldly delusions. ‘I stand here today as an alumnus of Sri Sathya Sai Balvikas and not as a judge,’ echoed the justice, proudly proclaiming that he is a Balvikas student first, before being a judge.

Earlier, welcoming the august assembly, Sri Nimish Pandya, President, Sri Sathya Sai Seva Organisations – India, said that in today’s world of problems galore, Bhagawan is the lone answer, that He has shown us the path, the path of Sri Sathya Sai Balvikas. Quoting Bhagawan, deliberating on human values, the AIP stressed on the need to practise, practise, practise, that being the only way.

The Sri Sathya Sai Balvikas Movement was launched by Bhagawan Sri Sathya Sai Baba in 1969, aimed at blossoming children as future ambassadors, training them in the path of Sanathana Dharma. Into the golden jubilee year, series of events are being organised spanning the calendar year, commemorating the grand occasion.

A felicitation for award of excellence of the alumni followed next. Cultural session that ensued featured a drama presentation entitled The Leaf of Gratitude, offered by SSSBV – West Bengal. Earlier the session commenced with the customary  ‘Wand Of Transformation’ procession that was followed by the oath ceremony. Rare privilege of being ‘Complete Balvikas’ was conferred upon to hundreds of students then in the impressive passing out ceremony held in Bhagawan’s immediate Divine OmniPresence. 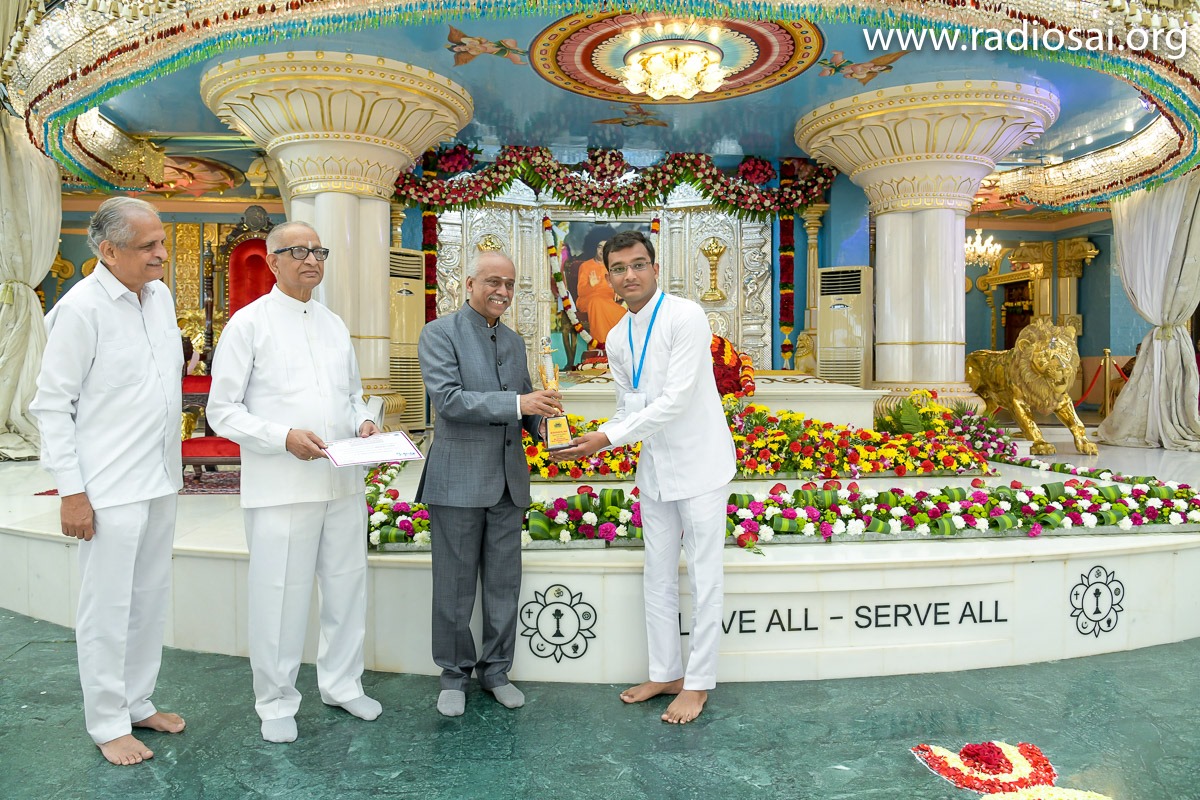 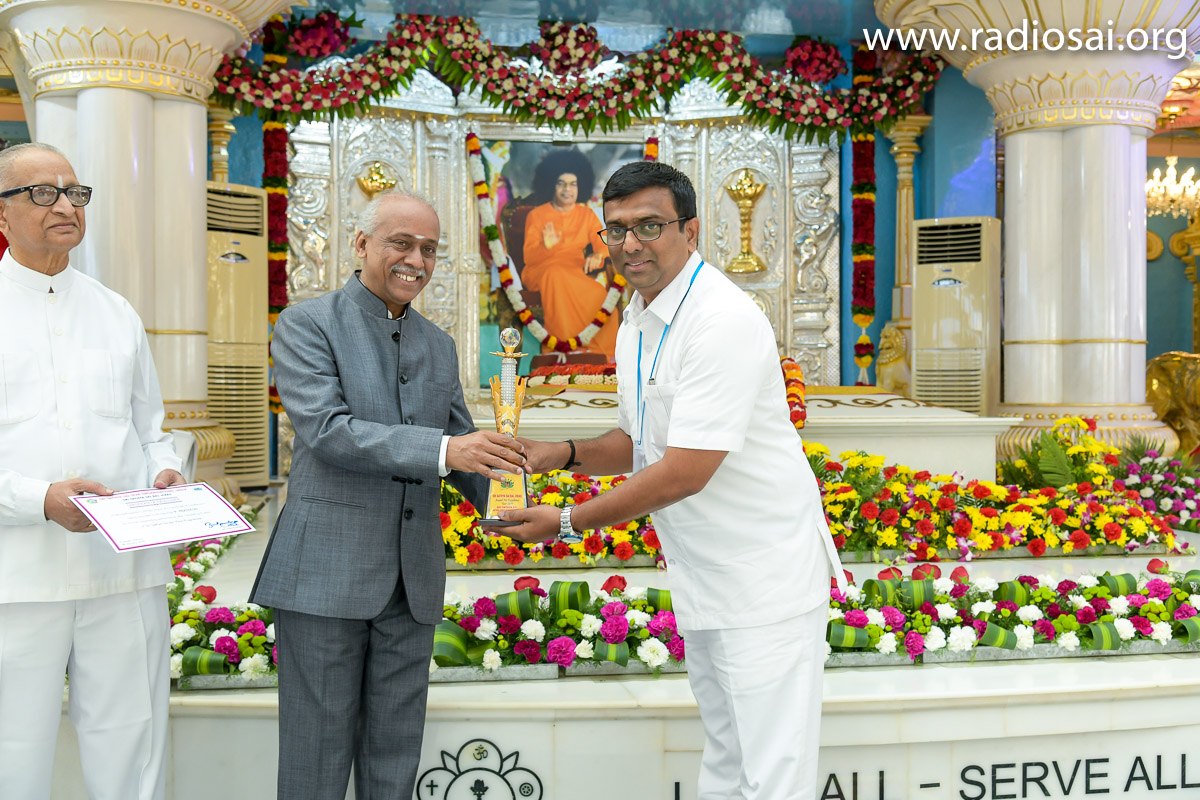 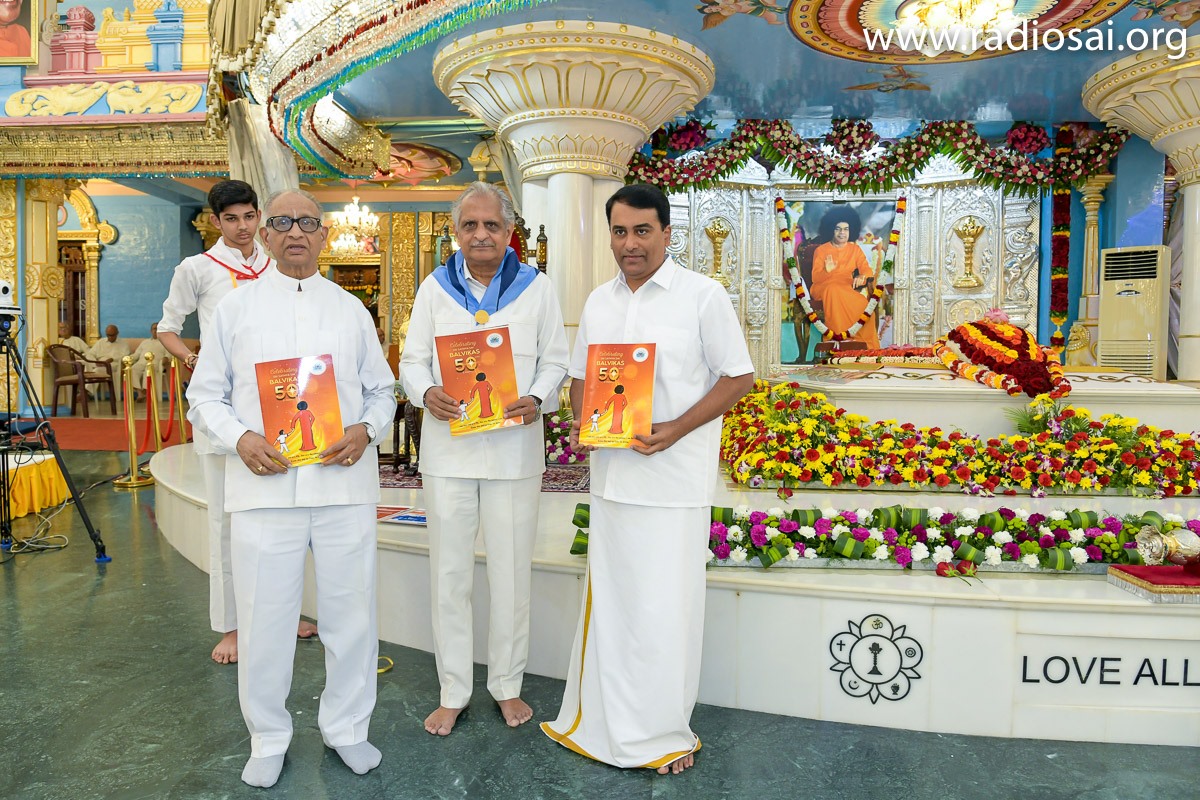 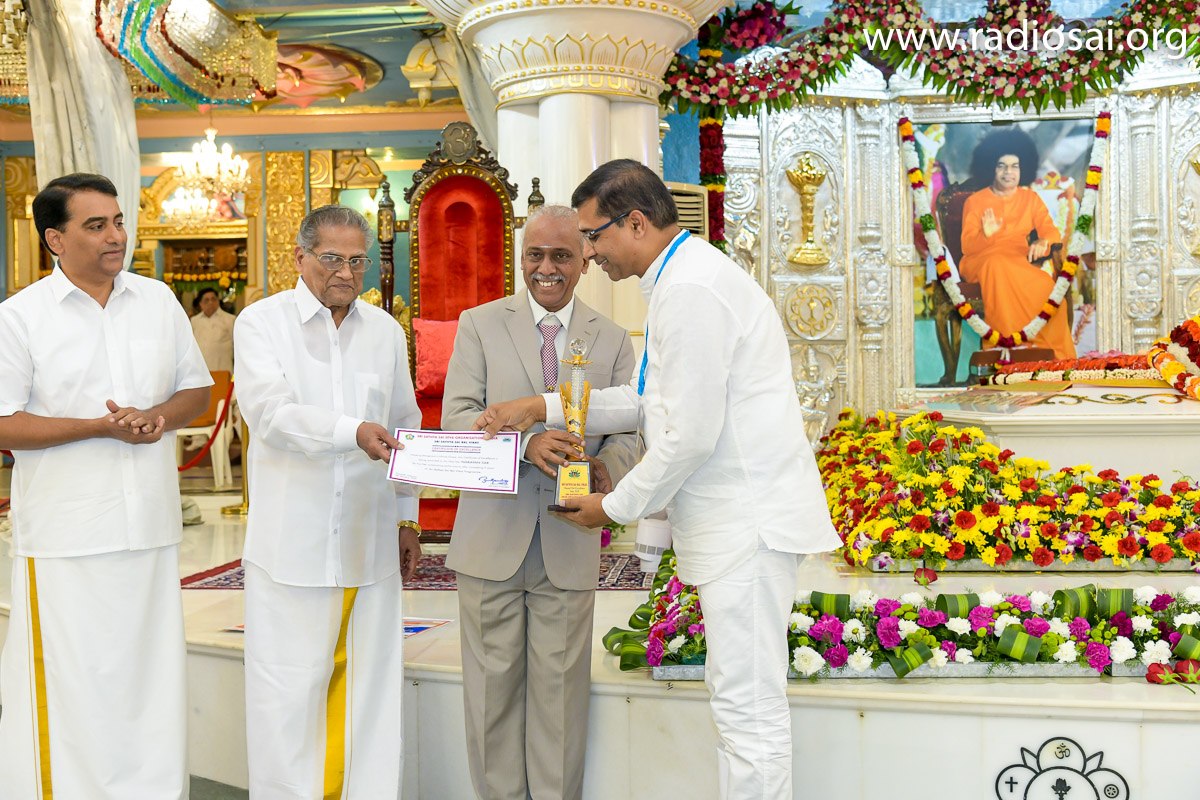 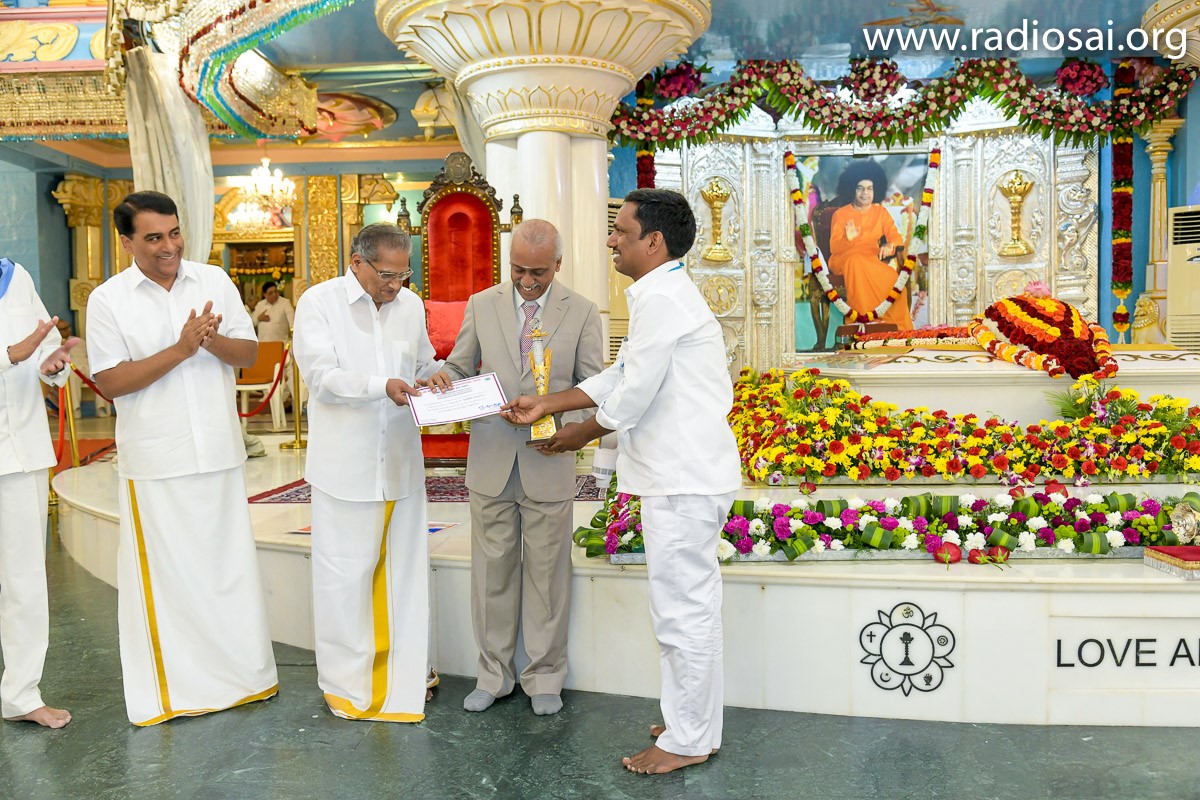 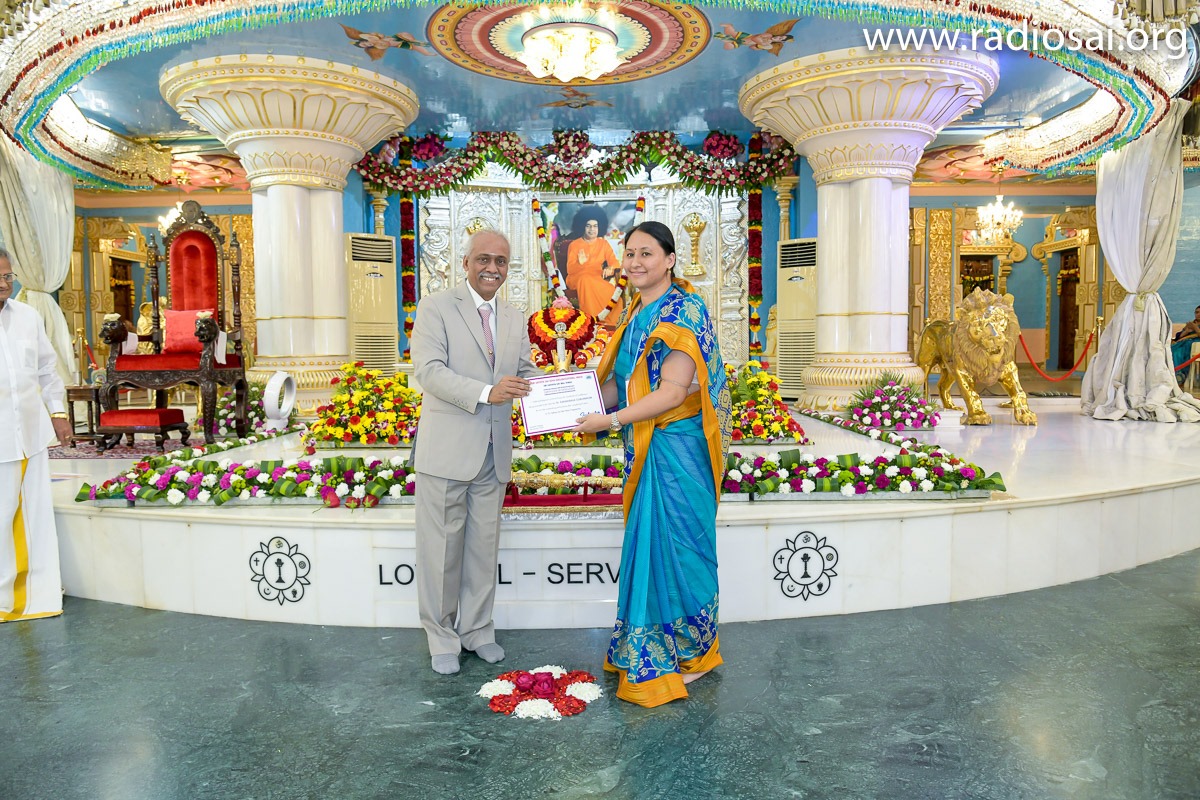