After the glittering first day offering last evening, the ‘Chinese’ contingent of devotees for the Prasanthi Chinese New Year 2020 presented its culminating session this evening studded with a mix of spirituo-cultural offerings.

Amidst the well-embedded ‘aChinese’ vibrations in the air, the programme commenced at 1700 hrs with holistic Buddhist mantra chanting, including the ‘heart-mantra,’ aimed at universal well-being.

Addressing the august assembly, Chairman, Zone 4 B of SSIO, Mr. Manoj Kumar Singh, spoke of the legend of the CNY, divulging in short on the what-abouts of the grand celebration. ‘Biggest Gift of Swami is His Love, and we are all the recipients of this love.  We shy away from giving the wealth of love of Swami to others. Let’s take home back the message of His love that we are going to share His love with others, as Love Is Expansion, said Manoj Singh, asking everyone to practise His love back home. He also made a fervent appeal to the gathering to pray for the safety of Chinese people from the deadly Coronavirus.

When Sai becomes our True Centre, we are sure to be in heaven. The final presentation for CNY 2020 was a drama offering by the Indonesian devotees, titled ‘Heaven Lies At The Feet Of The Mother.’

The drama portrays a greedy son of a virtuous ‘single’ mother, for whom money alone matters. On the CNY eve as the family meets up for the traditional reunion, Johny vags his tail out of arrogant ignorance caring little for his mother and others in the family. Soon the mother meets up with an accident, but Johny cares little, asking his elder brother Rudy to take over excusing himself for his business and money matters. Rudy believes in the righteous mode of earning, and his brother Johny just the opposite, loving illegal means for his unscrupulous end. A heated argument ensues with Johny turning arrogant, being emotional.

Soon Johny gets caught in a corrupt practice related to his business, resulting in food poisoning. Arrogant Johny turns violent, not ready to heed to the complainants. The mother’s heart melts at the disastrous news, oozing pure love.

Bailing her son out of trouble, the mother pays the compensation. Elated at his ‘victory,’ Johny turns more arrogant only for his aunt to interfere, spilling the beans about a ‘secret.’ She reveals to him that Johny is the only son the mother has, and Rudy, who loves his mother with a full heart, was a chance entry, found at the doorstep.

Back to his senses, Johny rushes to his mother, who was critical at a hospital. Folding his hands for the first time as Johny pleads with the doctor, the doctor asks him to go to the last resort, one and only Bhagawan Sri Sathya Sai Baba.

Full of repentance, Johny engages in an anguished conversation with Bhagawan, praying, and pleading on behalf of his beloved mother. All-merciful Bhagawan promises His unconditional love, under ‘one condition’ that Johny will never make his mother shed a single tear anymore.

Johny agrees, and Bhagawan revives the mother back to life. Indeed, The Heaven Lies At The Feet Of The Mother.

Soulful Chinese-Prasanthi bhajans continued, and the session ended with Mangala Arathi to Bhagawan. 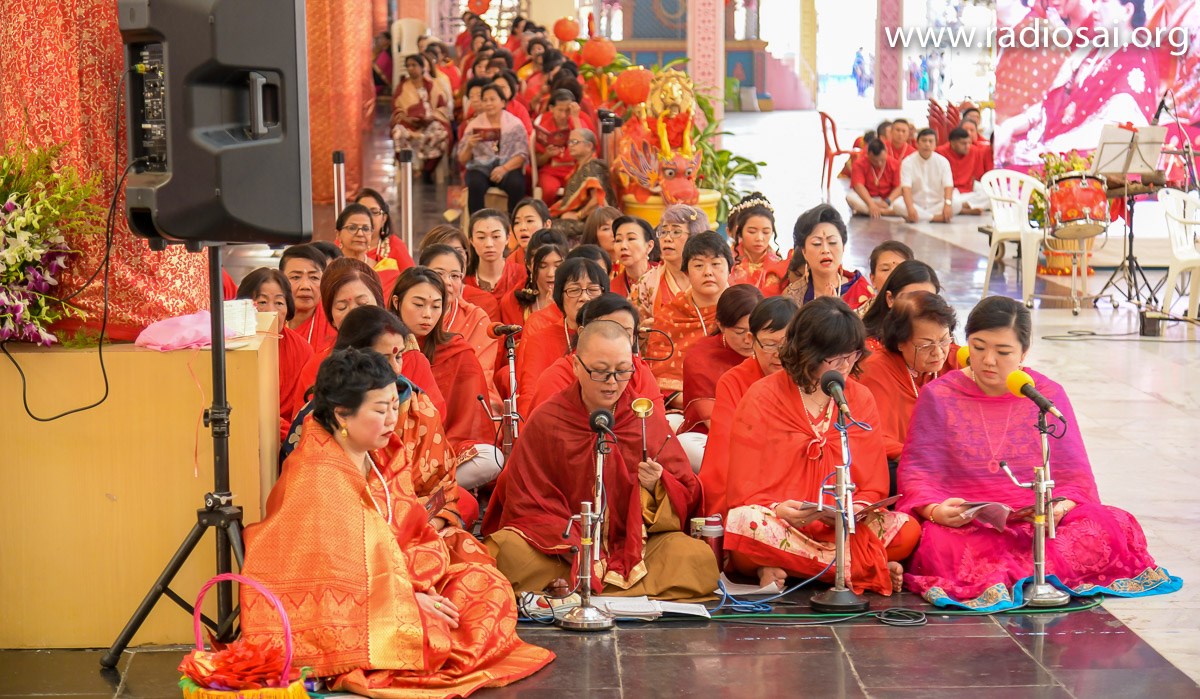 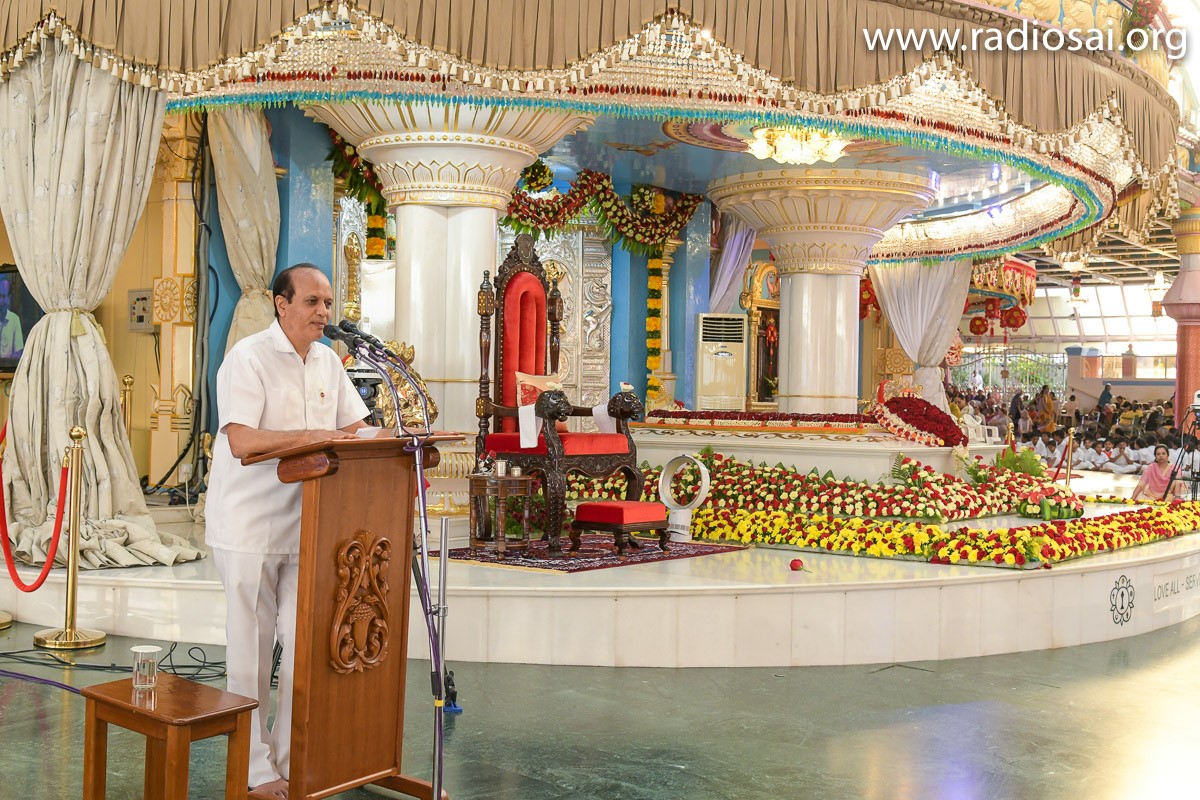 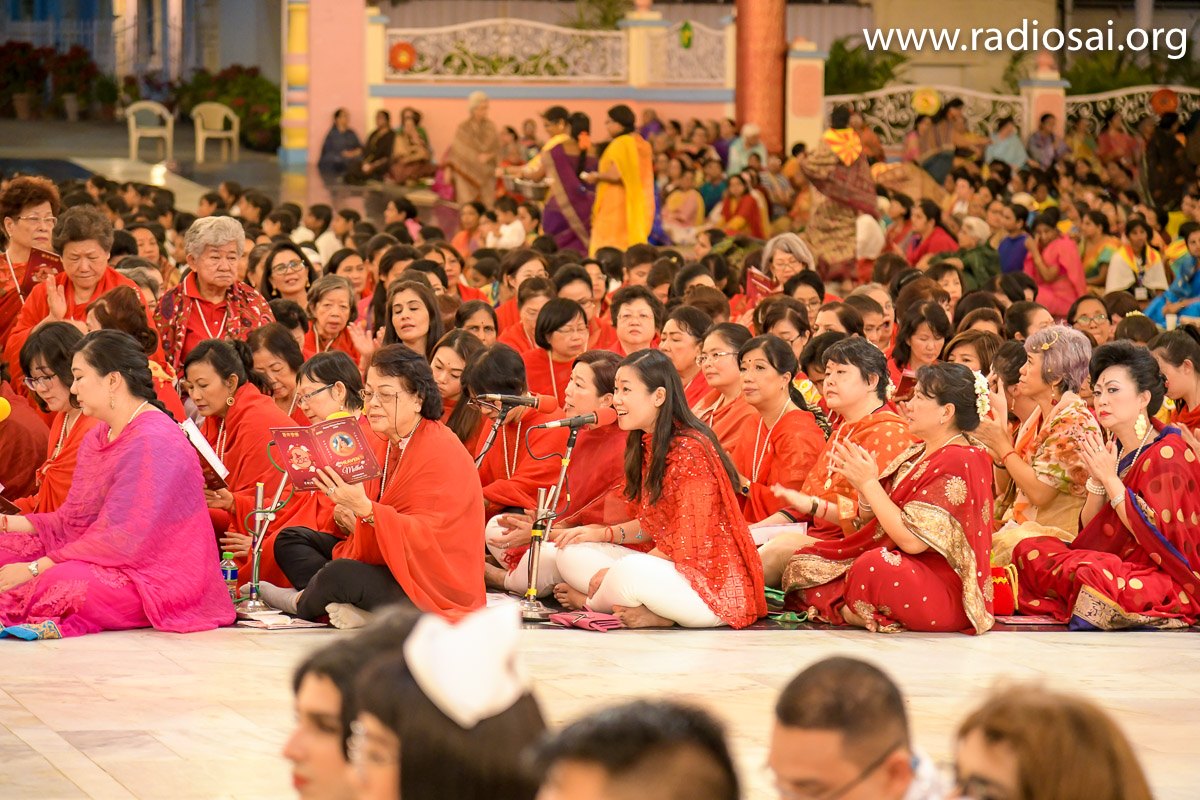