‘Duniya – Ek Pariwar’ – There Is Family In The World 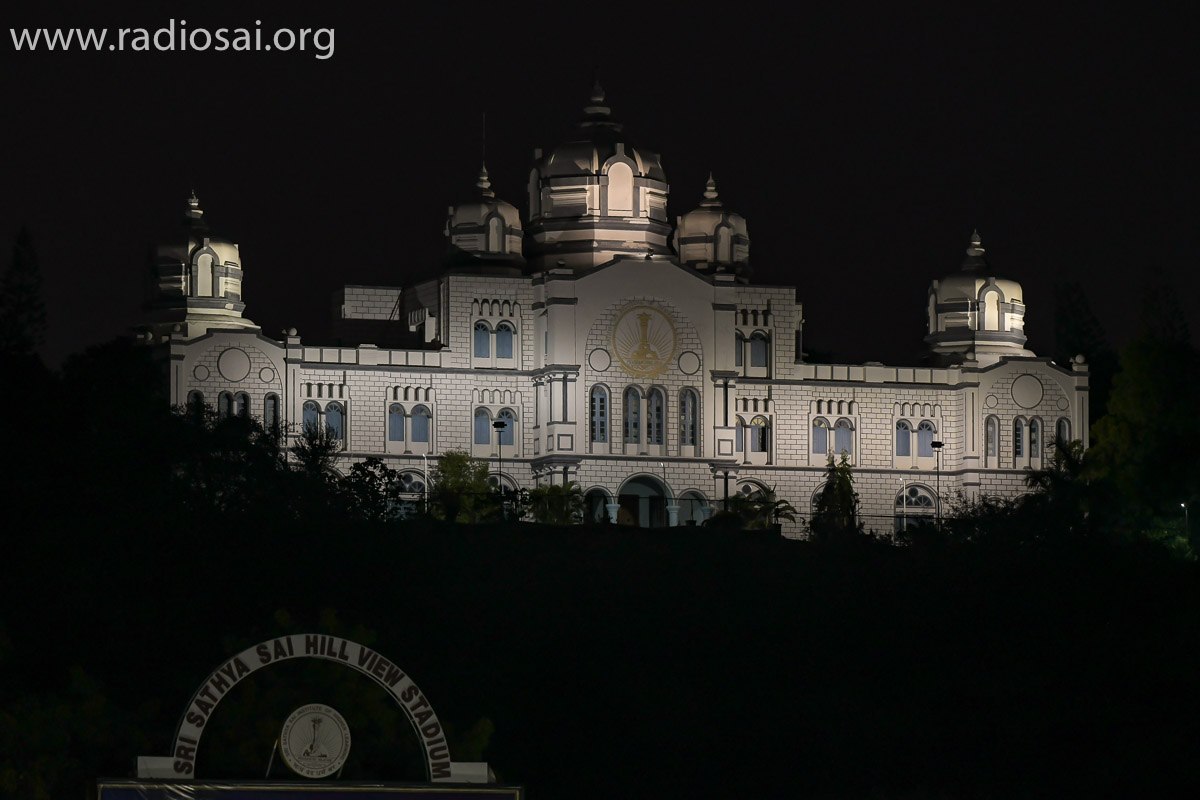 Post the grand sporting extravaganza of ‘Annual Sports & Cultural Meet’ held yesterday at the Sri Sathya Sai Hill View Stadium, the cultural presentations are to continue for the next four days in Prasanthi Nilayam. Presenting the first offering this Sunday evening, the students of Sri Sathya Sai Higher Secondary School staged a drama entitled,   ‘Duniya – Ek Pariwar, There Is Family In The World’, thematic of the scriptural concept of Vasudaiva Kutumbakam.

How in times of need the all-compassionate Lord comes to one’s rescue, bailing the devoted one from a certain testing situation, was  the theme on display this evening portrayed through the life of a devout family of a grandfather, father and two sons. The drama portrayed twin protagonists, Karthik and Abhishek, brothers, both righteous and virtuous, with Karthik being not so society friendly when it comes to service, whereas Abhishek remained the opposite, considering the world as his family. Abhishek’s selflessness was not well appreciated at home, especially by his brother Karthik that turned situation back home hostile. At Karthik’s end, after some crucial turn of events, he was charged with malpractices at public risk, running his RO Water Unit, but was saved from punishment, thanks to his honest and loyal staff member Prasanth.

At the end, the climax shows that Bhagawan came in the guise of an old family friend, influencing a confused Prasanth, the truthful staff m,ember, to speak the truth in the courtroom, saving Karthik from an otherwise certain peril. Another twist shows it was Abhishek who saved Prasanth’s son, who had earlier met with an accident, saving the ‘unknown’ by paying Rs 15000 as medical deposit, most selflessly responding to the need of the hour, that subsequently earned him his brother’s wrath.

In the climactic end, it was proved that this act of selflessness at Abhishek’s end turned to be crucial for Karthik in times of need. As Prasanth’s son identified Abhishek as his saviour in times of need, Karthik had his lessons in full, only to transform himself, understanding the true purport of Bhagawan’s dictum, Love All Serve All in bold letter and true spirit. ‘It is time that we actually realize that there is family in the world,’ resounded the students, vowing to follow Bhagawan as an act of gratitude on the occasion of the 95th glorious year of His Advent.

Highest Sadhana Is To Transform Love Into Service, echoed Bhagawan’s Divine Voice, sagely substantiating the theme for the evening.

Principal, SSSHSS, Sri Sivaramakrishnaiah spoke a few words of ‘Bhagawan’s Wisdom’ at the end, enumerating on the evolutionary message the drama had for the evening. Sri Vedanarayanan, a senior faculty member next shared his words of appreciation for the students for their excellent drama presentation. ‘Swami, these children do it only to bring a smile on Your Face,’ resounded the speaker, introducing the rank winners for the CBSE Board Exams – 2019, for 10th and 12th divisions, who were felicitated next. 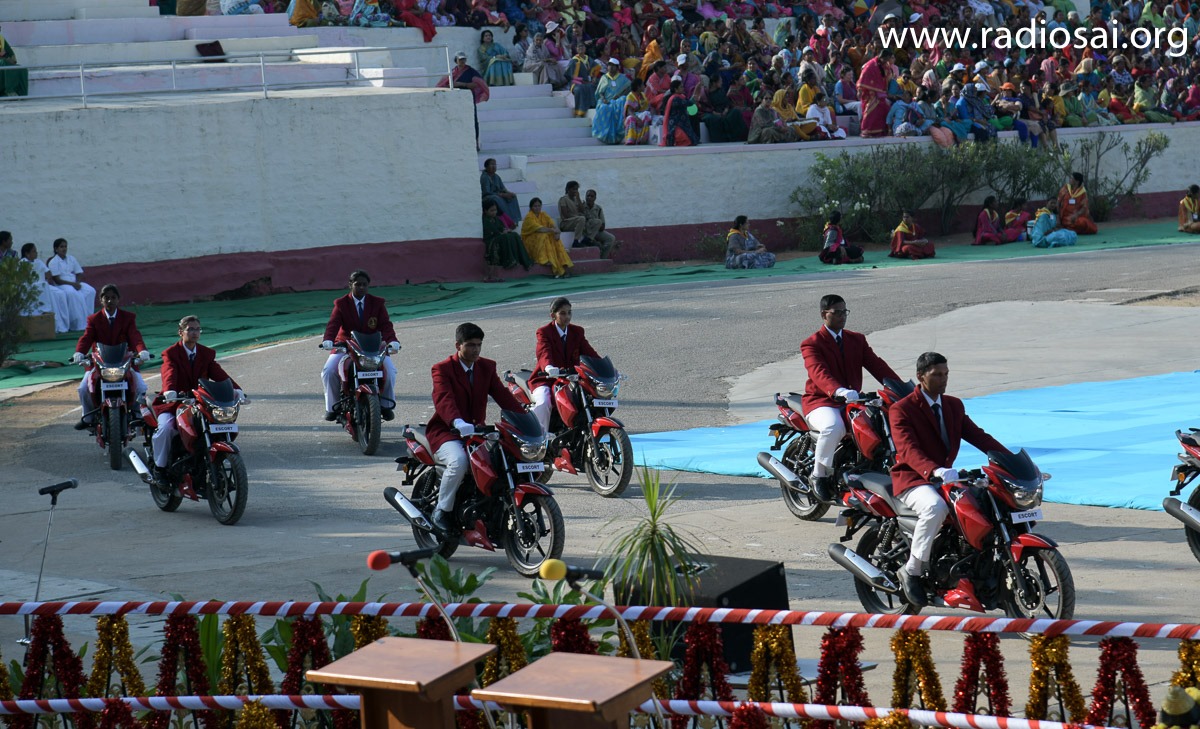 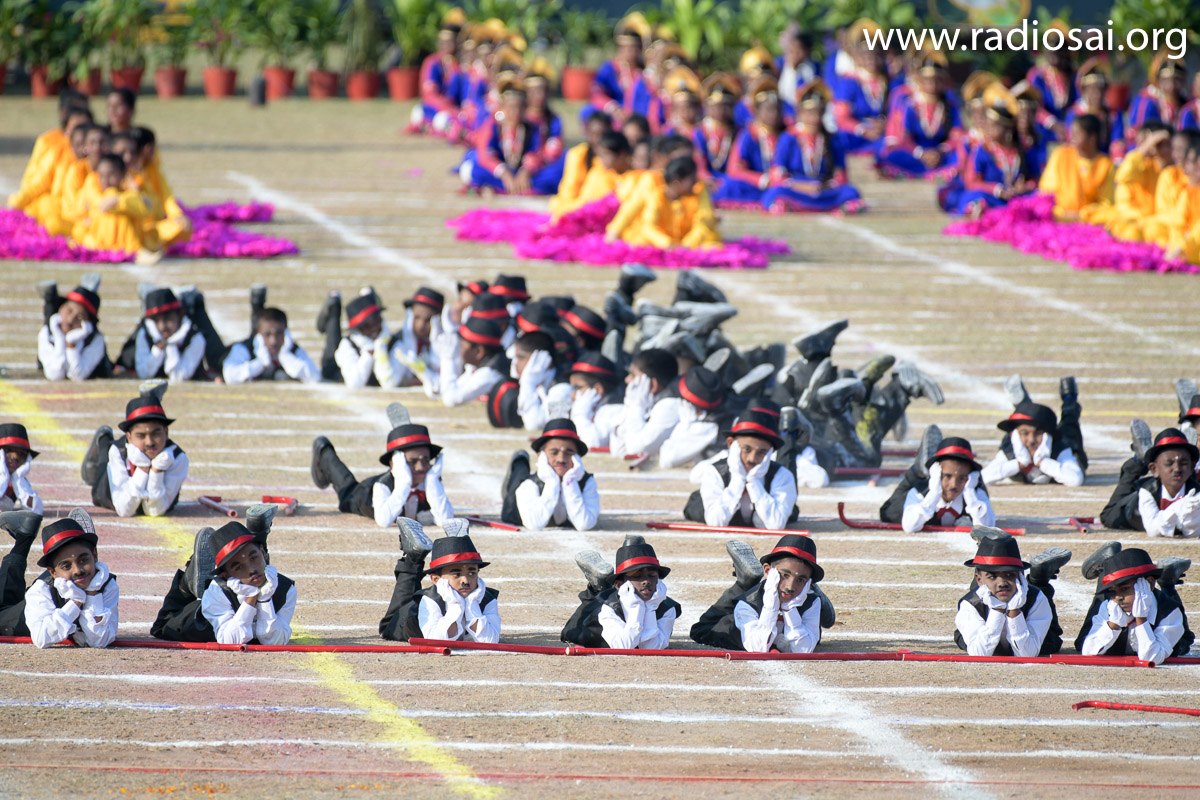 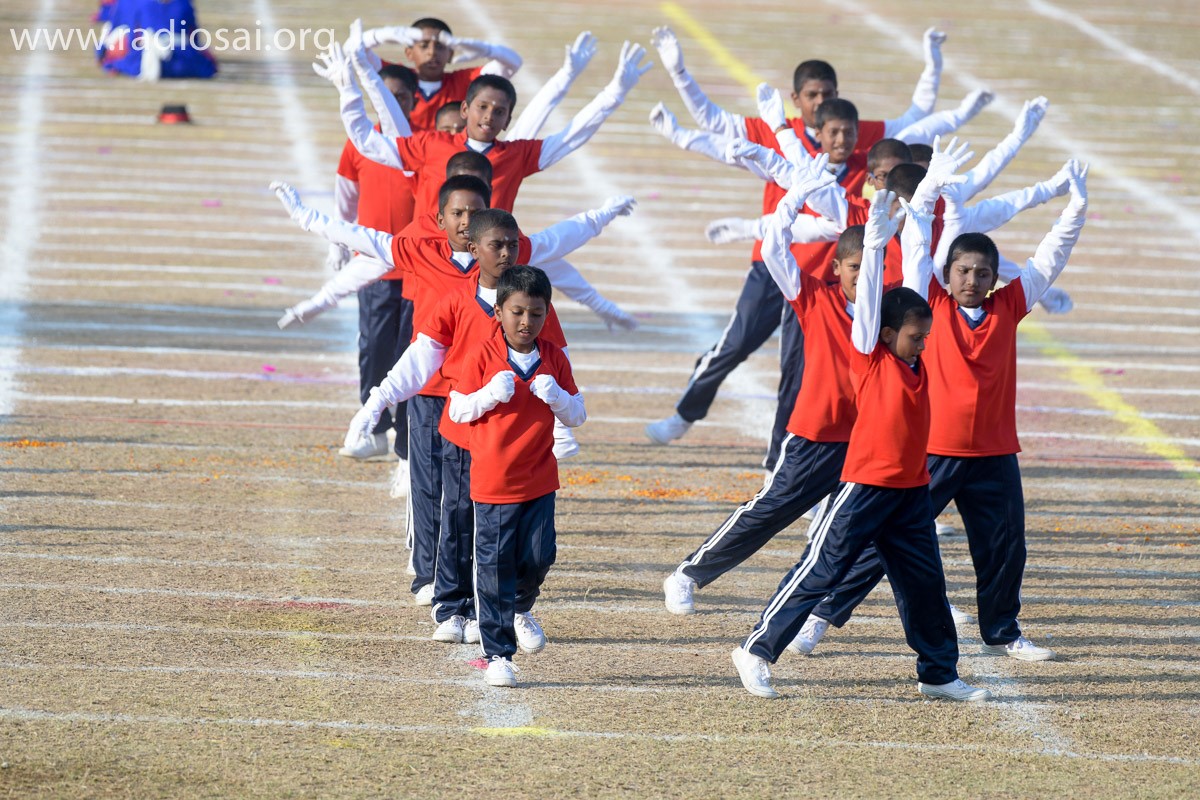 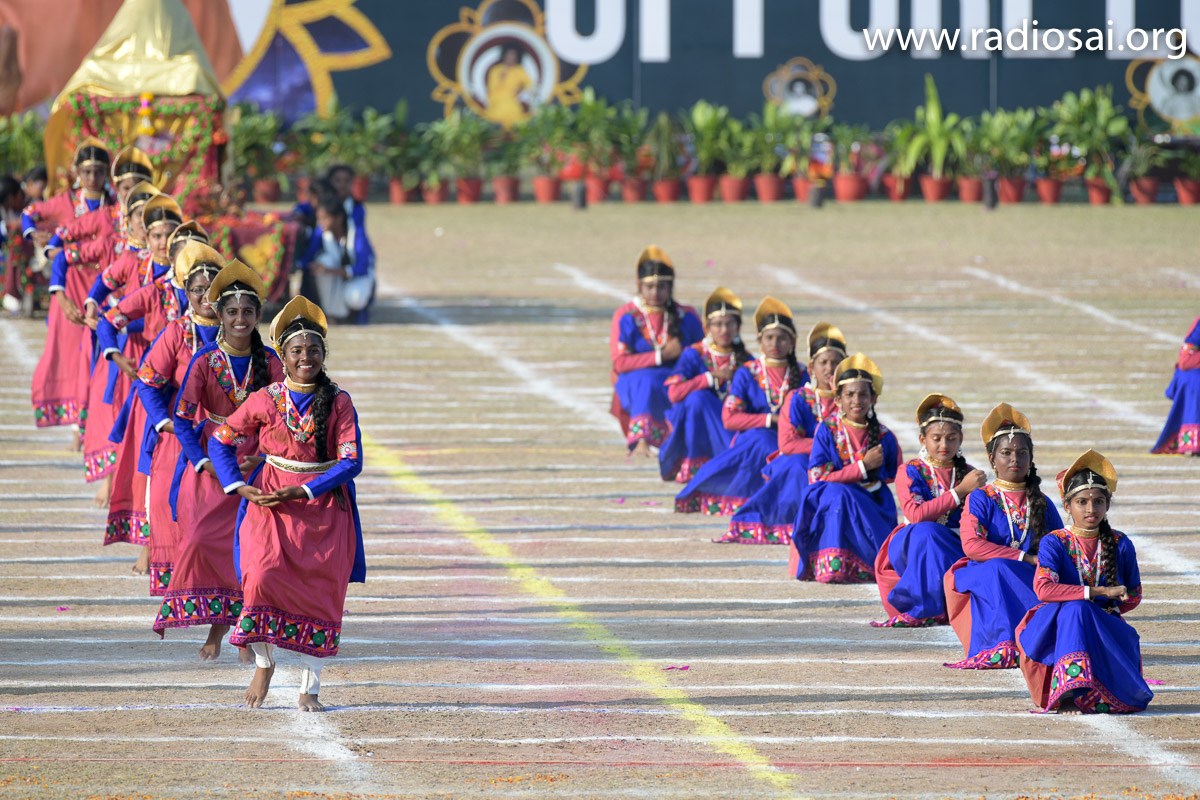