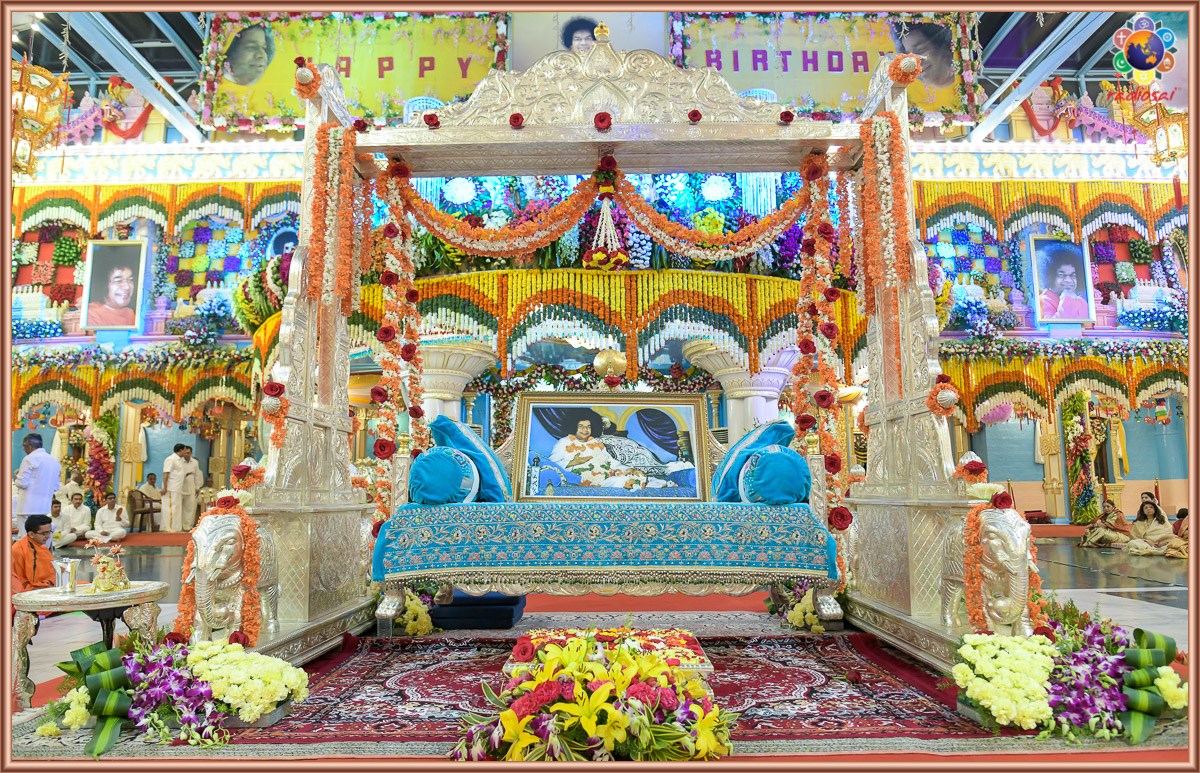 He gave HimSelf to humanity… thus to the creation at large, most unconditionally, holding back nothing. On this 23rd day of November when the Sai fraternity the world over is celebrating the epochal Divine Advent, after a glittering morning of ‘birthday’ glories, in the evening, Prasanthi Nilayam witnessed twin beauties of Suvarna Rathothsvam, Chariot Procession followed by Jhoola Mahotsavam.

The symbolic Chariot Procession commenced at 1700 hrs from the ‘Ganesha’, carrying the Lord in His OmniPresent form, and went for a complete round of Prasanthi Mandir to enter the Mandir precincts at 1745 hrs. Soon Mangala Arathi was offered to The Lord.

In the specially lit up twilight, what followed next was the heavenly beauty of Jhoola Mahotsavam with The Lord on the jhoola, swinging and swaying to the melodic tunes of accomplished Carnatic duo, Malladi Brothers, SarvasreeRamaprasad and Ravikumar.

With a packed hall of devotees, with every single eye glued to the centre-stage where the blue-hued jhoola adorned by The Lord Supreme turned swinging and swaying, the accomplished duo, who had many stints in His Personal Presence in the past, sang for the next 75 mts presenting an expressively devotional musical feast. Repertoire for the evening turned twilight had a couple of special jhoola song, enthralling the Divine on the swing. The numbers included, Bhagawanudu Puttina Panduga… the famed birthday song that resound the Prasanthi precincts many a time, ‘Nagumo Moganale…’, ‘Janula Madhya Tirugaade Jagapathi…’, Uyyala Looga Vayya Sai Deva Sarvabhouma…’(jhoola song), ‘Puttaparthi Nivasaya Purushottama Roopaya…’, Uyyala looguma Sri Sathya Sai…’, ‘Brahmamokkade ParaBrahmamokkade…’, ‘Jo Jo Jo Rama Ananda Gana…’, concluding with a customary Mangalam song. 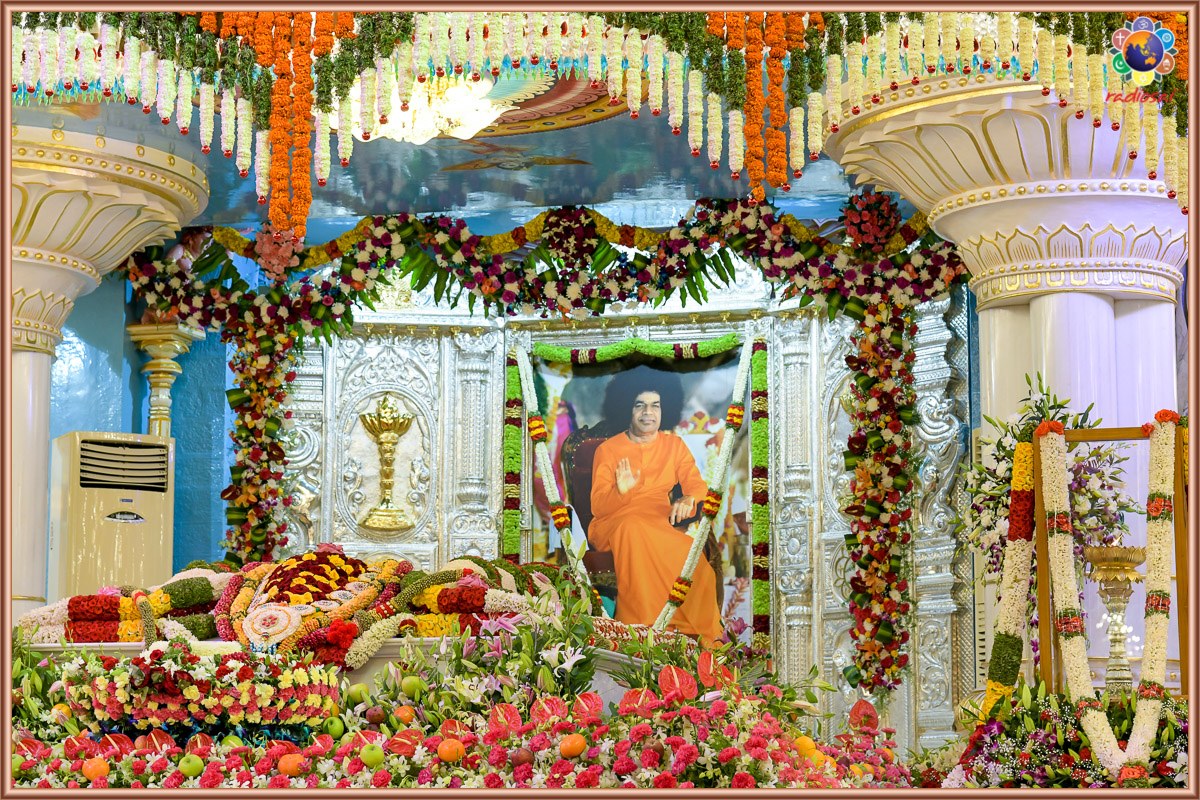 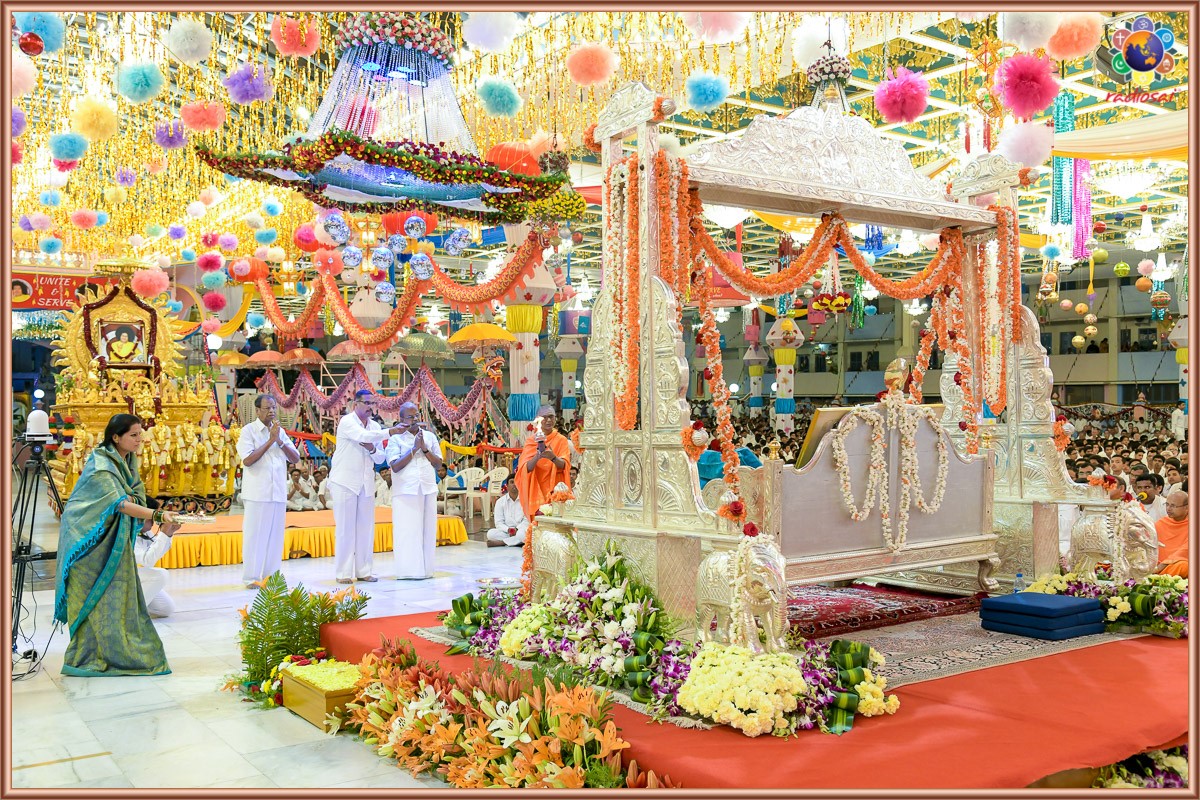 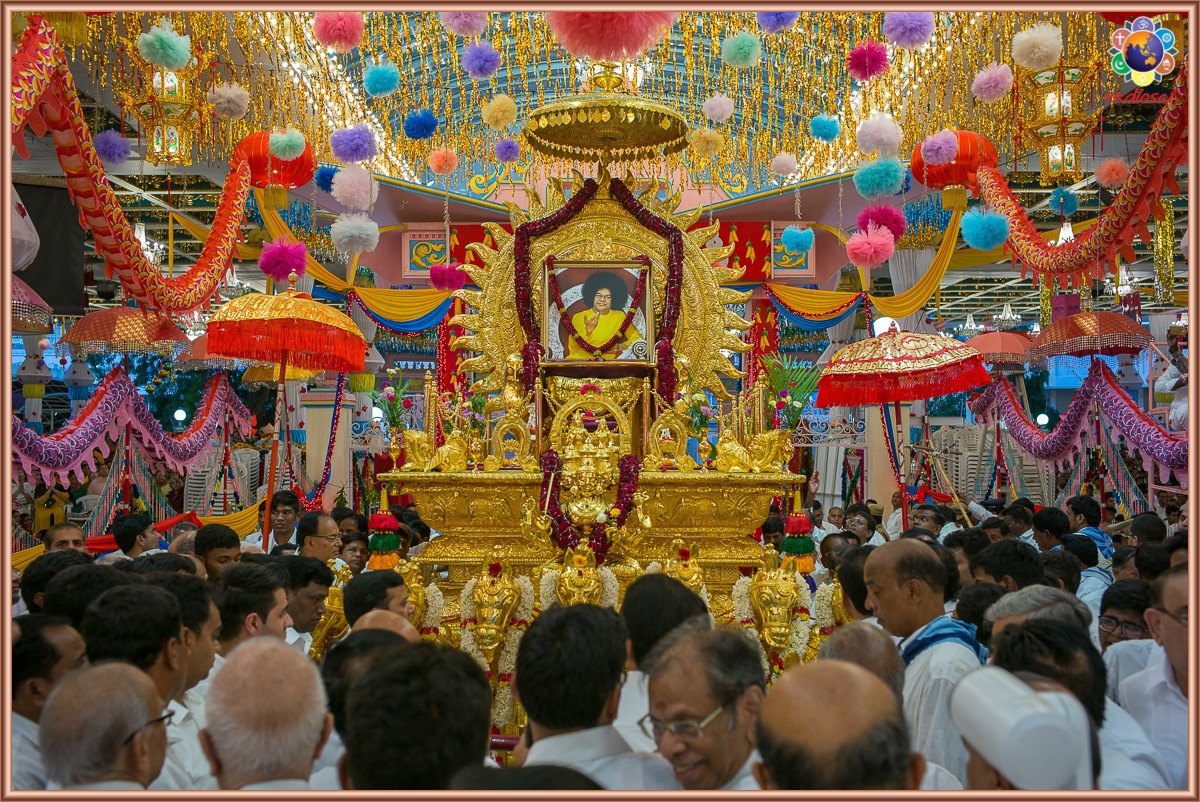 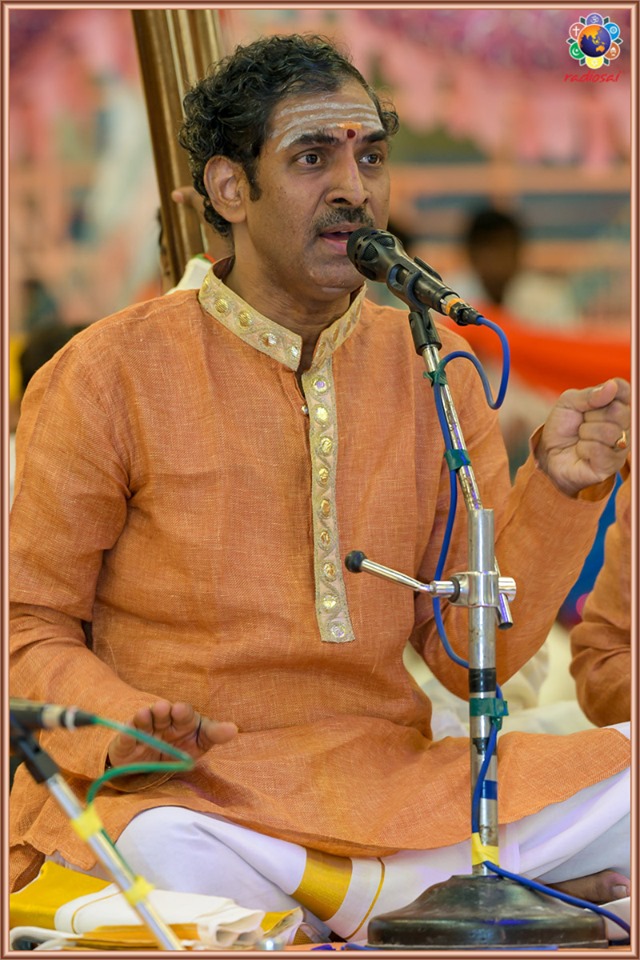 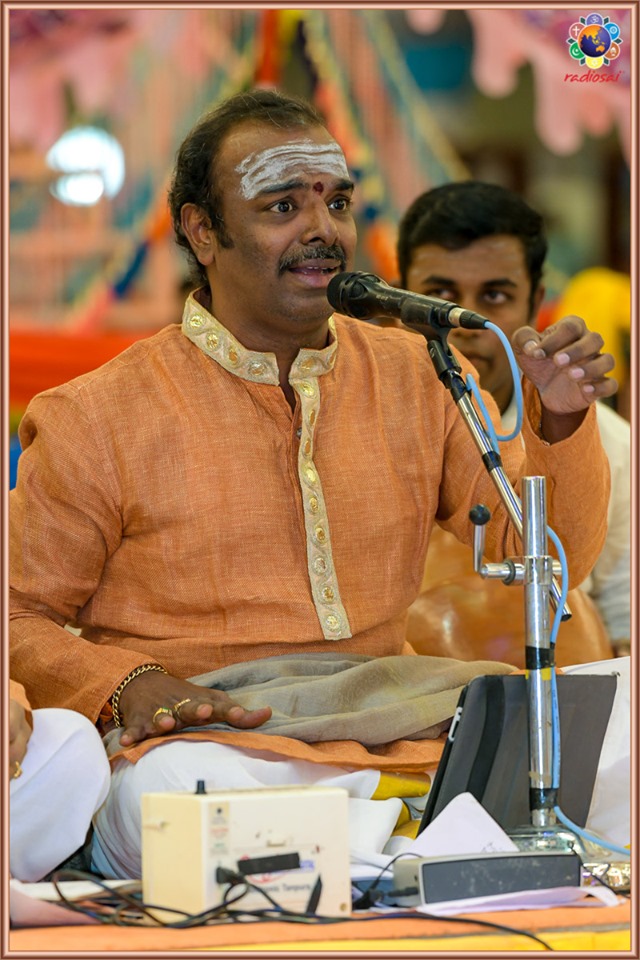 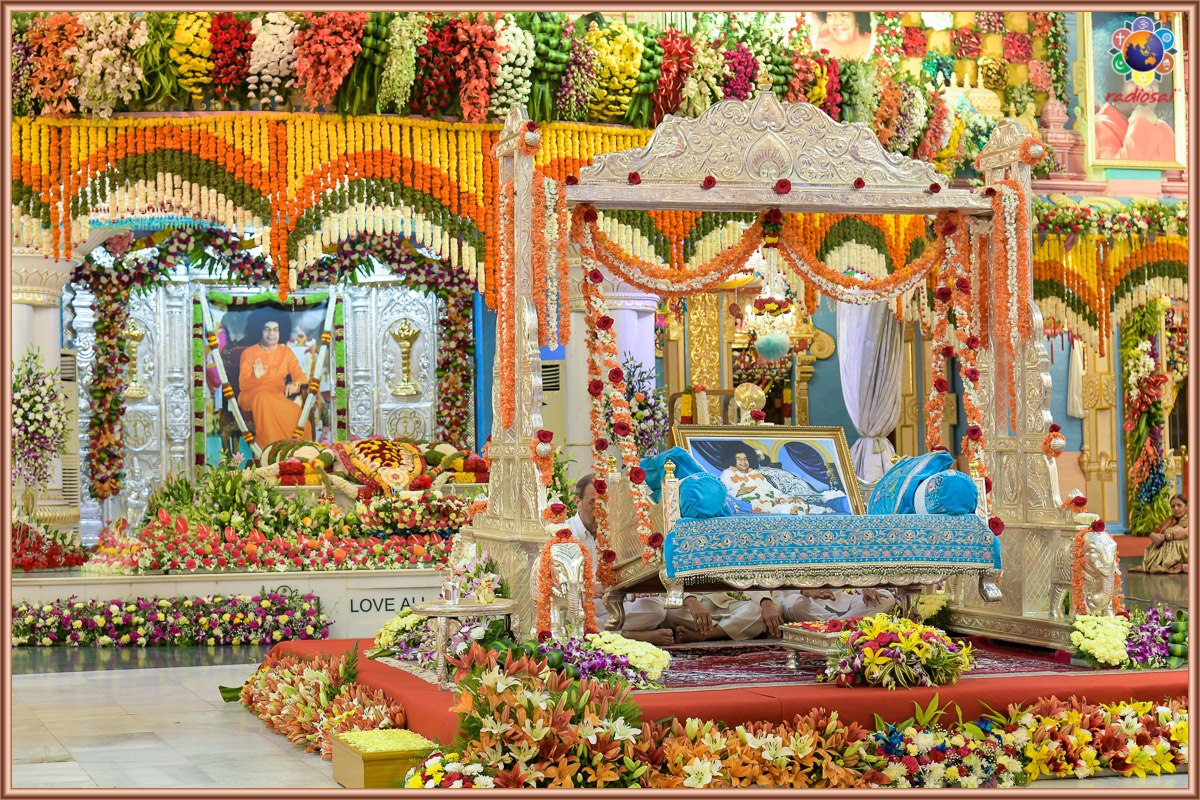 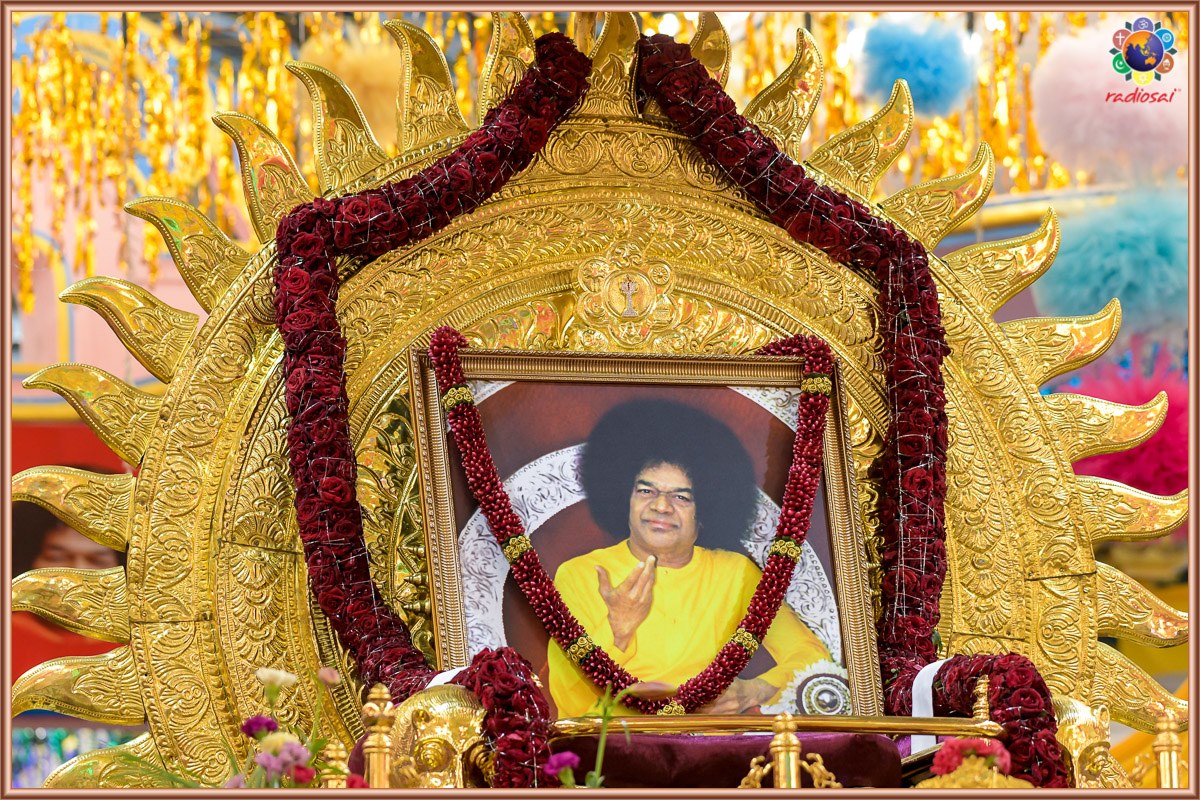 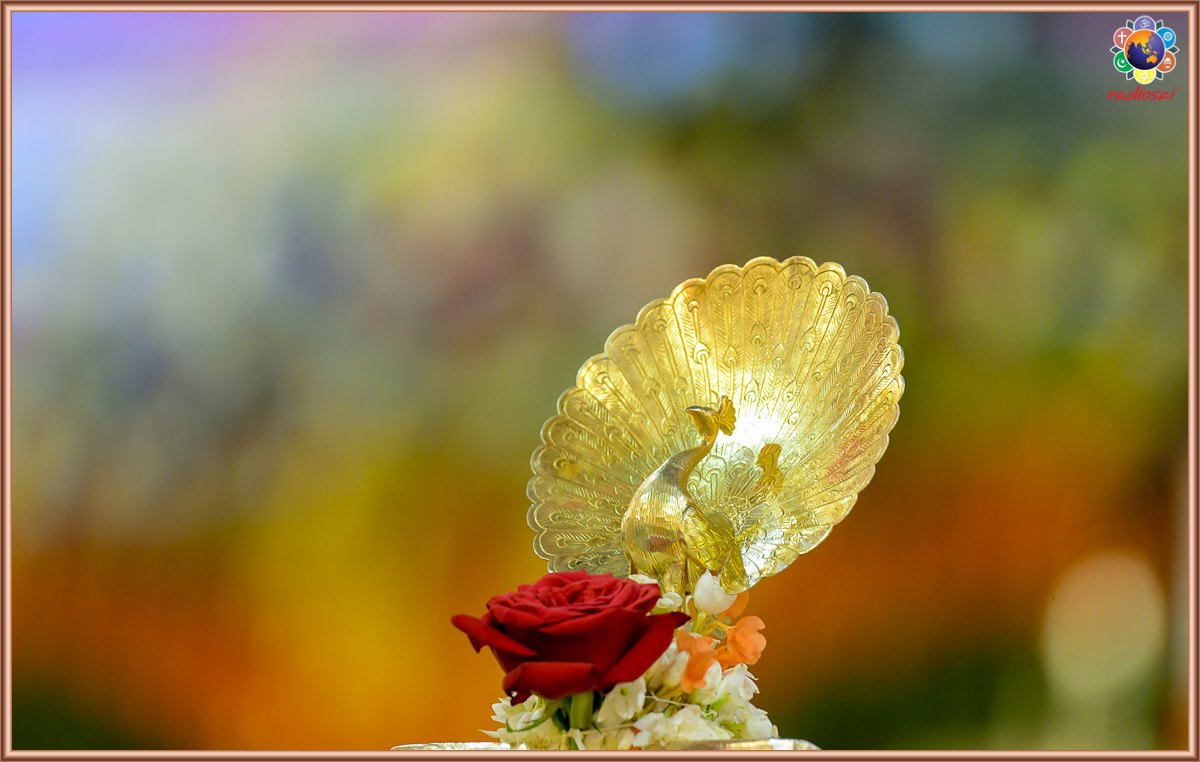 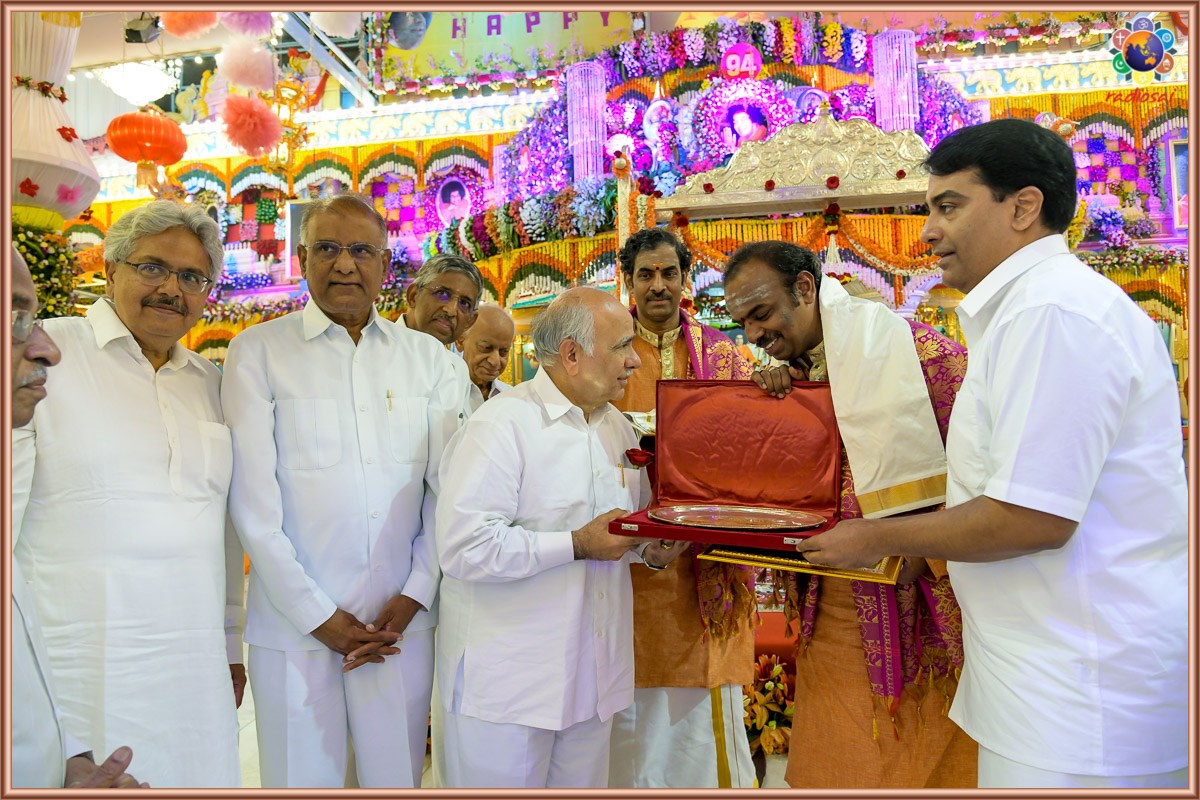 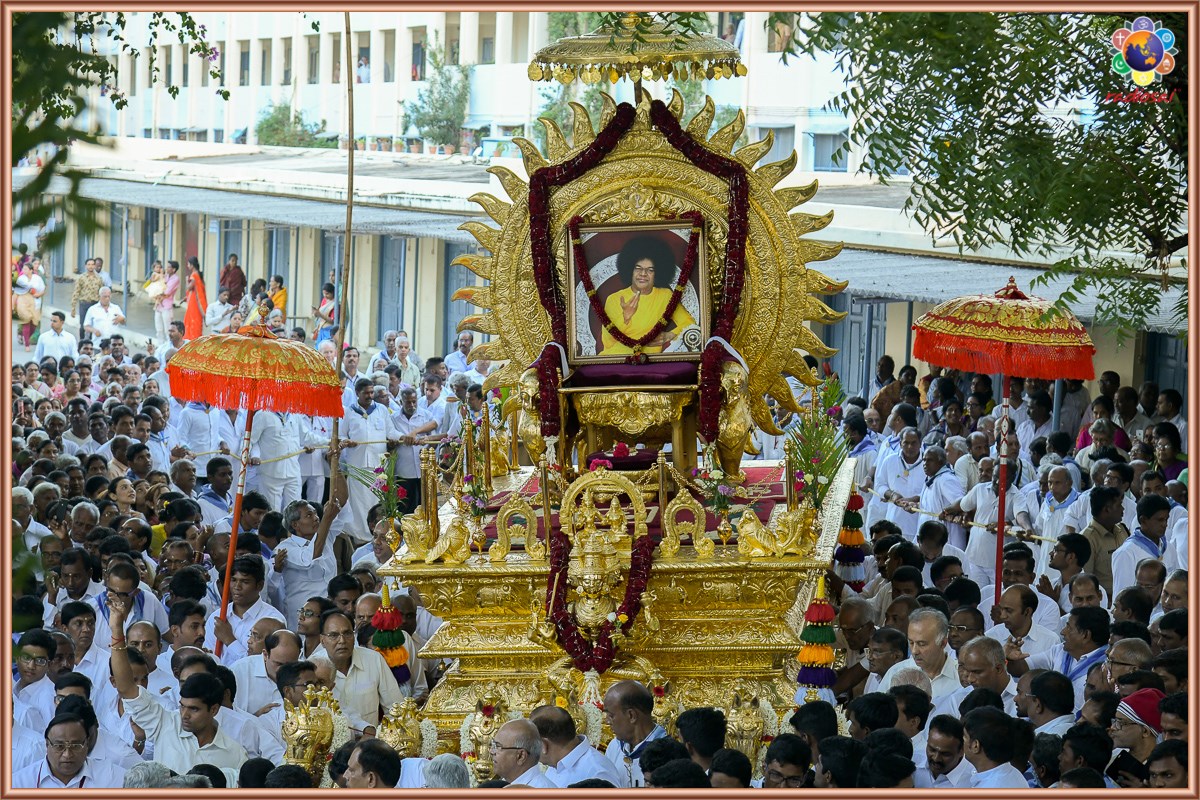 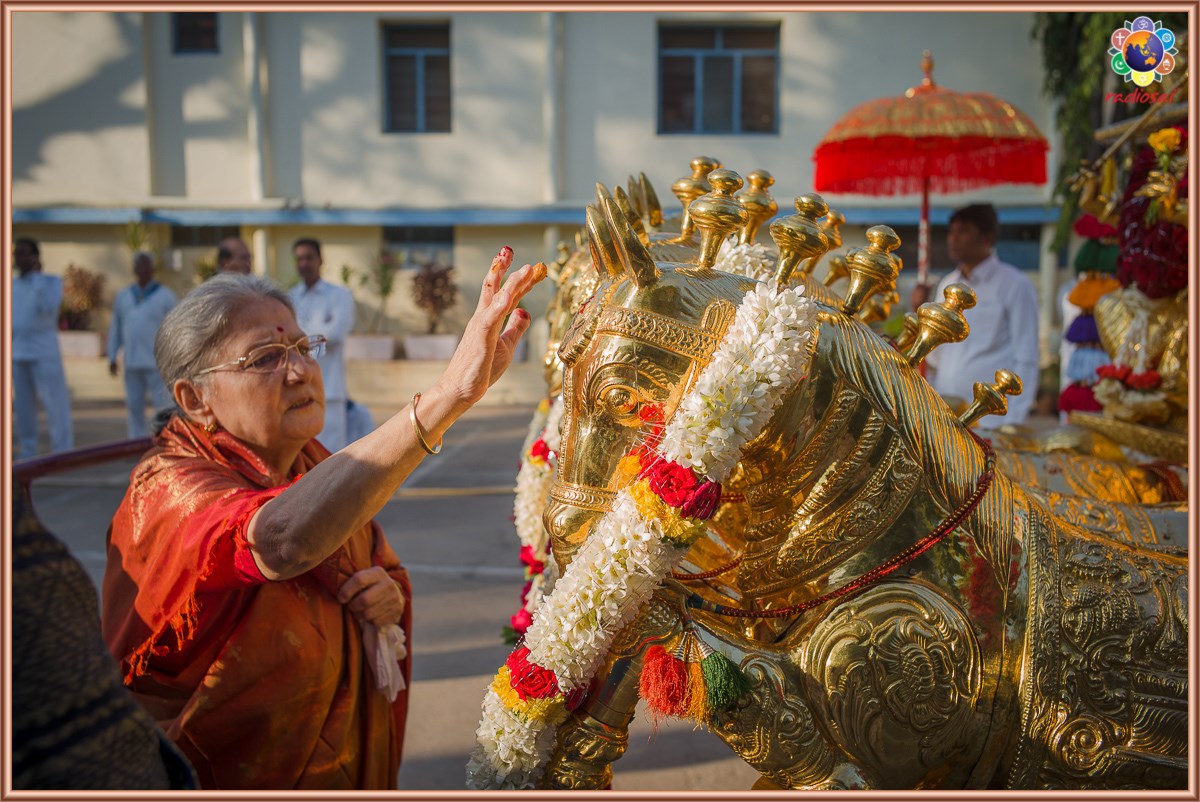 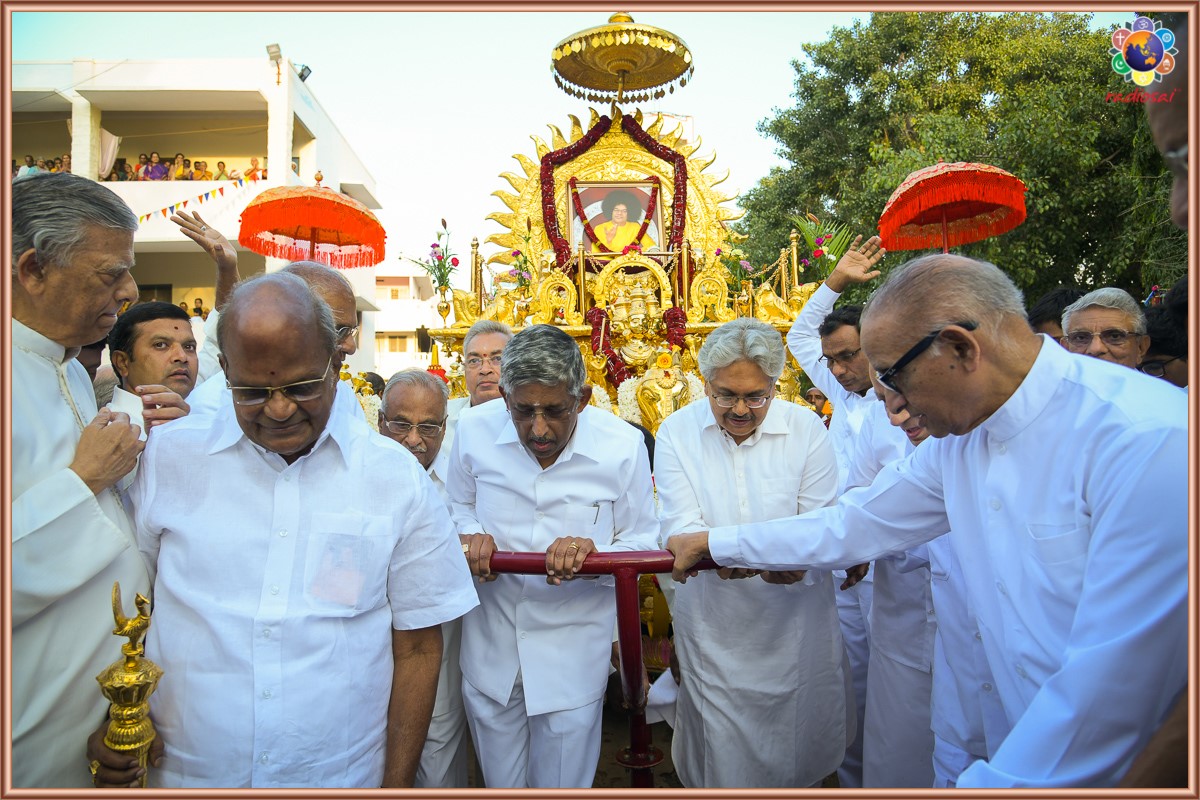 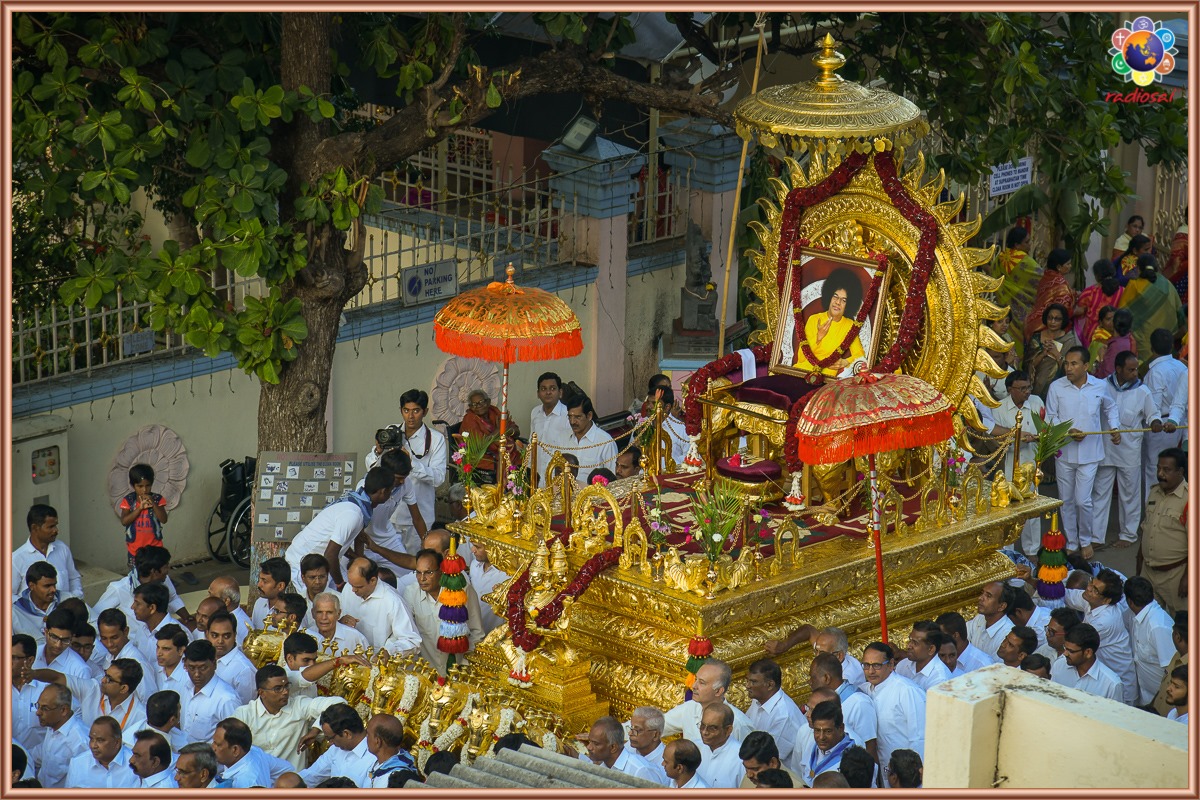 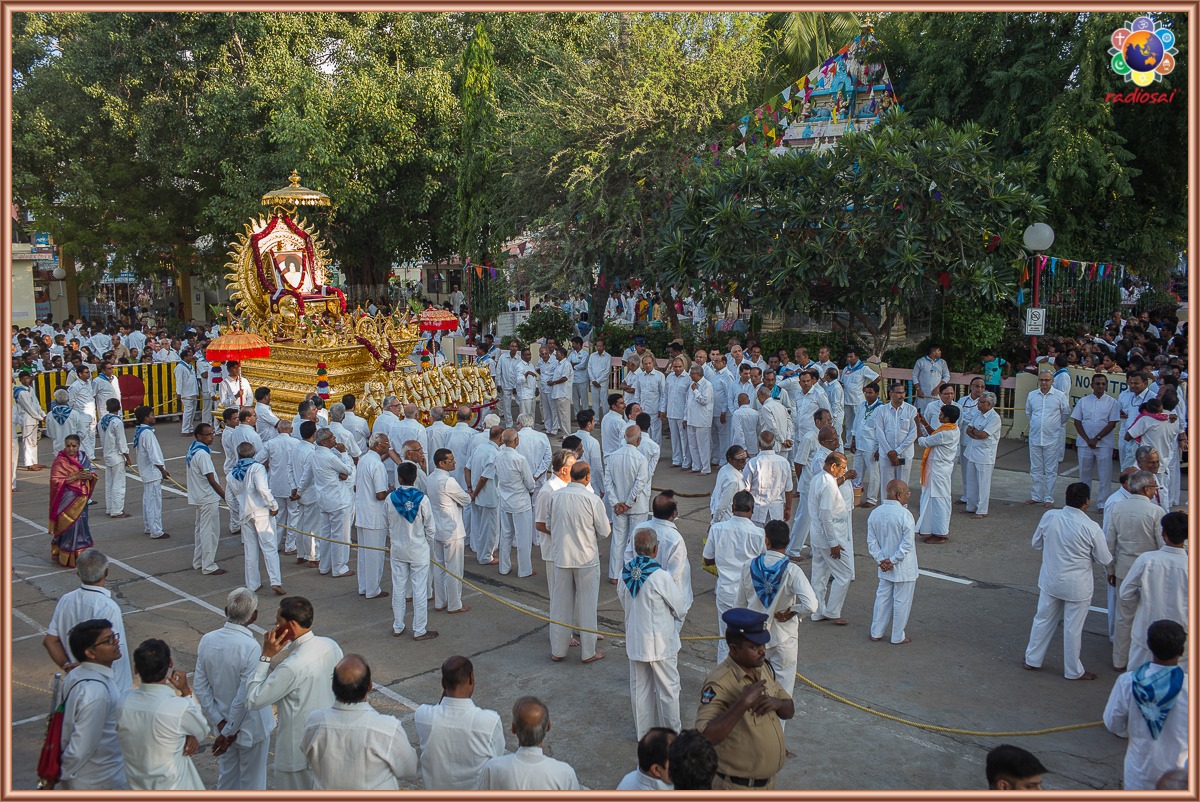 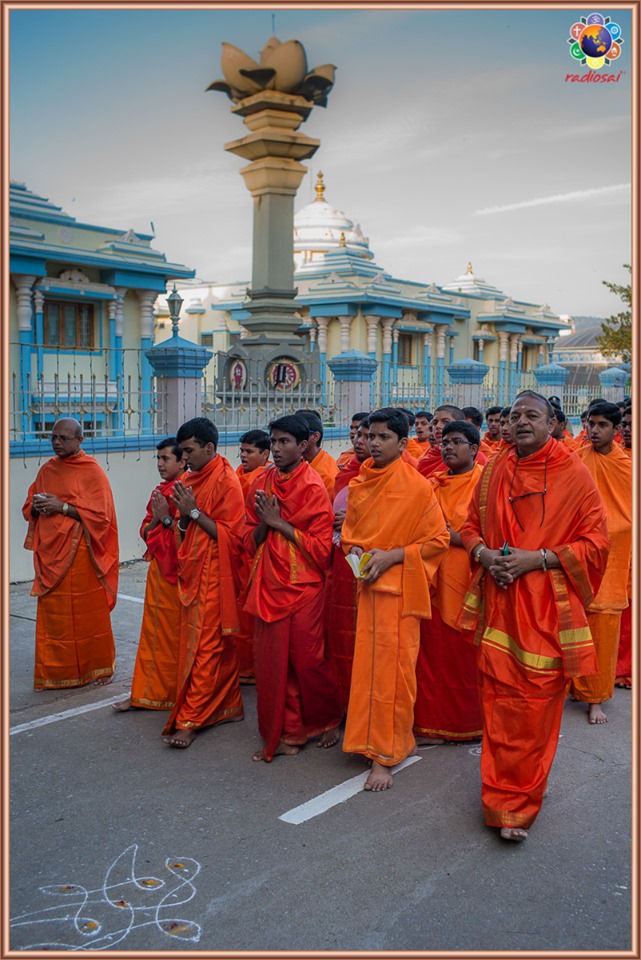 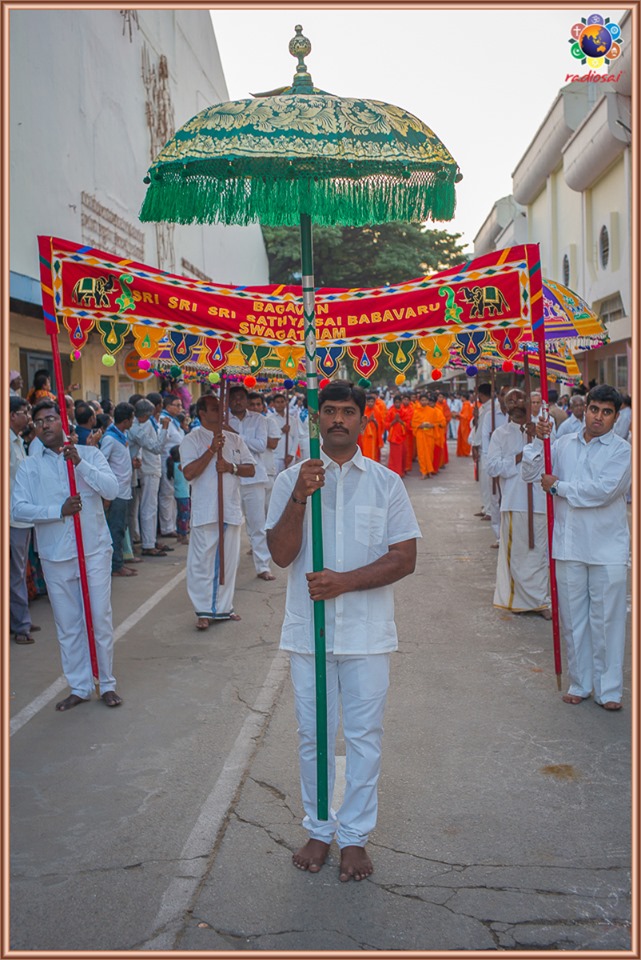 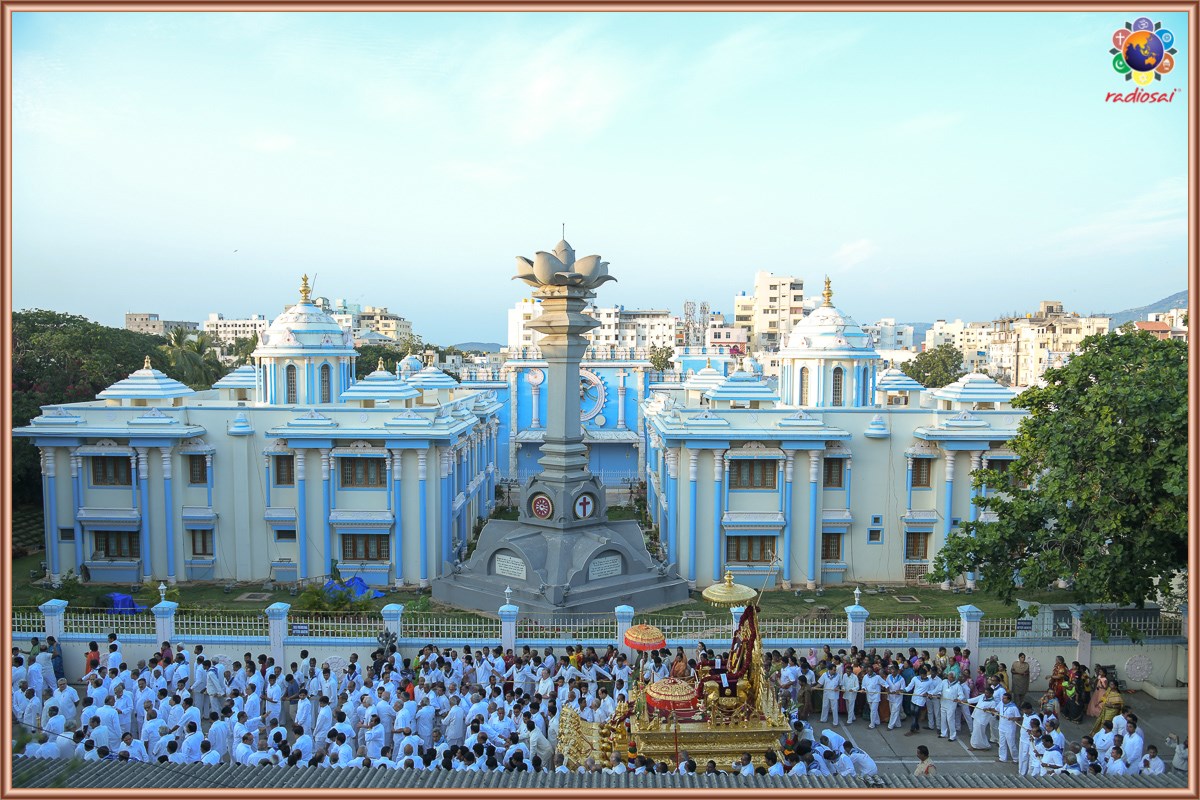