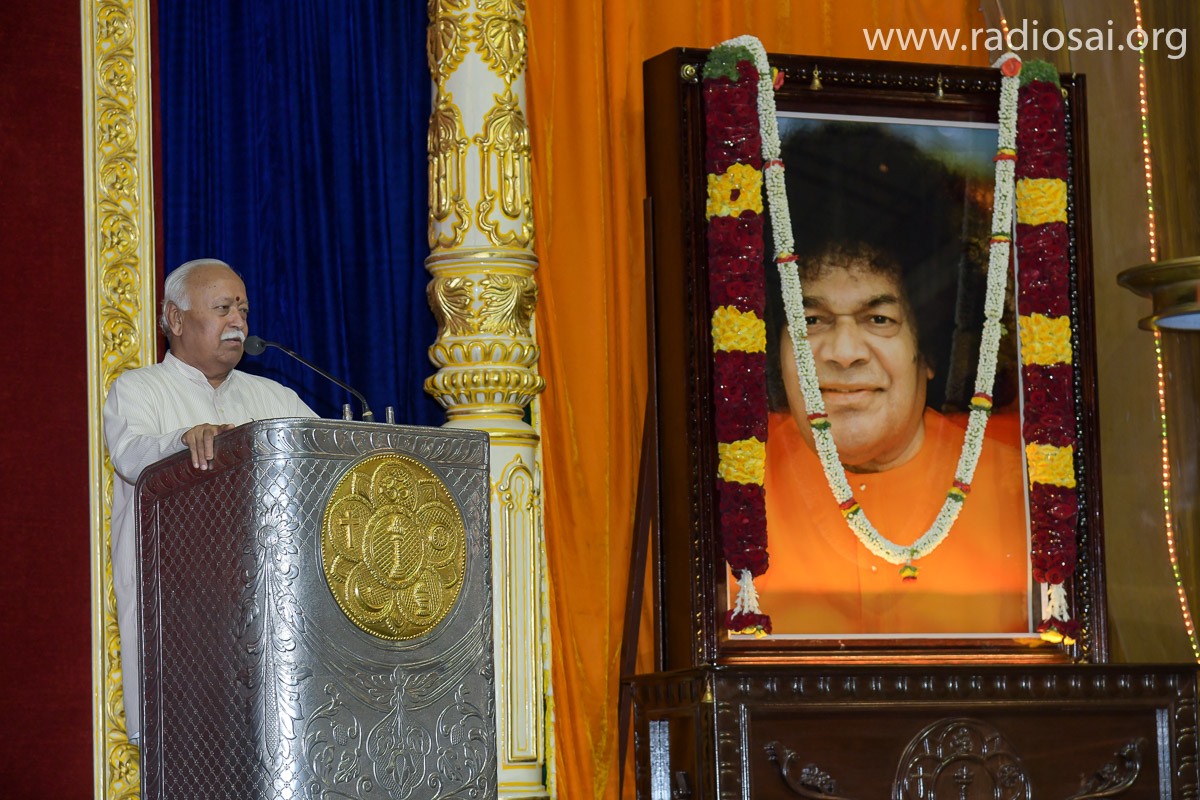 A truthful, righteous resolve with a Divine foresight to touch and effect and thus to transform hearts en masse resulted in the planting of a small sapling five decades ago, in 1969. The sapling then has grown into a gigantic tree over the decades, a Movement by its stature, under the banner of its mentor and founder Bhagawan Sri Sathya Sai Baba that is at 50 fifty this year. It is Sri Sathya Sai Balvikas, a mammoth value-based spiritual movement aimed at blossoming children as future ambassadors, training them in the path of Sanathana Dharma. In essence, the Sri Sathya Sai Balvikas movement is rightly described as the summum bonum of all spiritual knowledge.

In to its golden jubilee year, several programmes are being organised spanning the calendar year, both national and state-wise.  Commemorating the occasion, the AP wing of the movement is organising a two-day Sri Sathya Sai Balavikas Gurus Meet in Prasanthi Nilayam, today and tomorrow. Swarnotsava Guru’s Sankalpa Yatra, as it is called, the meet is attended by over 2000 Balvikas gurus from all of Andhra Pradesh. The Chief Guest for the occasion today was Sri Mohan Bhagwat, Chief of RSS (Rashtriya Swayamsevak Sangh), a disciplined national movement that urges to hold Mother India aloft as a resurgent, mighty nation for the welfare of humanity at large.

Addressing the meet at the Poornachandra Auditorium this morning, the chief guest spoke with power and intent, hailing the great good fortune of the august assembly that has the rare privilege of feasting Bhagawan Sri Sathya Sai Baba’s Darshan.

Sanathana Dharma should be understood in the right perspective, he added, urging the assembly of gurus to shun selfishness, following the path of Dharma. Education is the process of manifesting what is innate, the Atman, reminded the chief guest. Hailing the Balvikas that has been labelled after Bhagawan Sri Sathya Sai, quoting the Bhagavat Gita assurance of Lord Krishna, Sri Bhagwat expressed optimism in the grand success of the movement, as the movement is promoted by Sai Krishna HimSelf.  He hoped that the Balvikas children being nurtured with human values would become ideal citizens in nation building.

Man should realise three important things, as to ‘why he is born’ , ‘what is the aim of his life’,  and ‘what he should deliver as a human being’, said the learned speaker reminding him that successful life is not the human goal, but a meaningful life.

Touching upon the importance Ashtanga Yoga for a healthy body, mind and intellect, Sri Bhagwat emphasised on the need for man to understand his inner Divinity, that he is Absolute Pure Consciousness.

He also recollected his three earlier visits to Bhagawan Sri Sathya Sai. Sri Mohan Bhagwat had earlier visited Prasanthi Nilayam twice, in August 2010, and again in March 2011 along with Sri Ashok Singhal. He also had Bhagawan’s  Darshan in Delhi during His visit to the national capital in 2010. 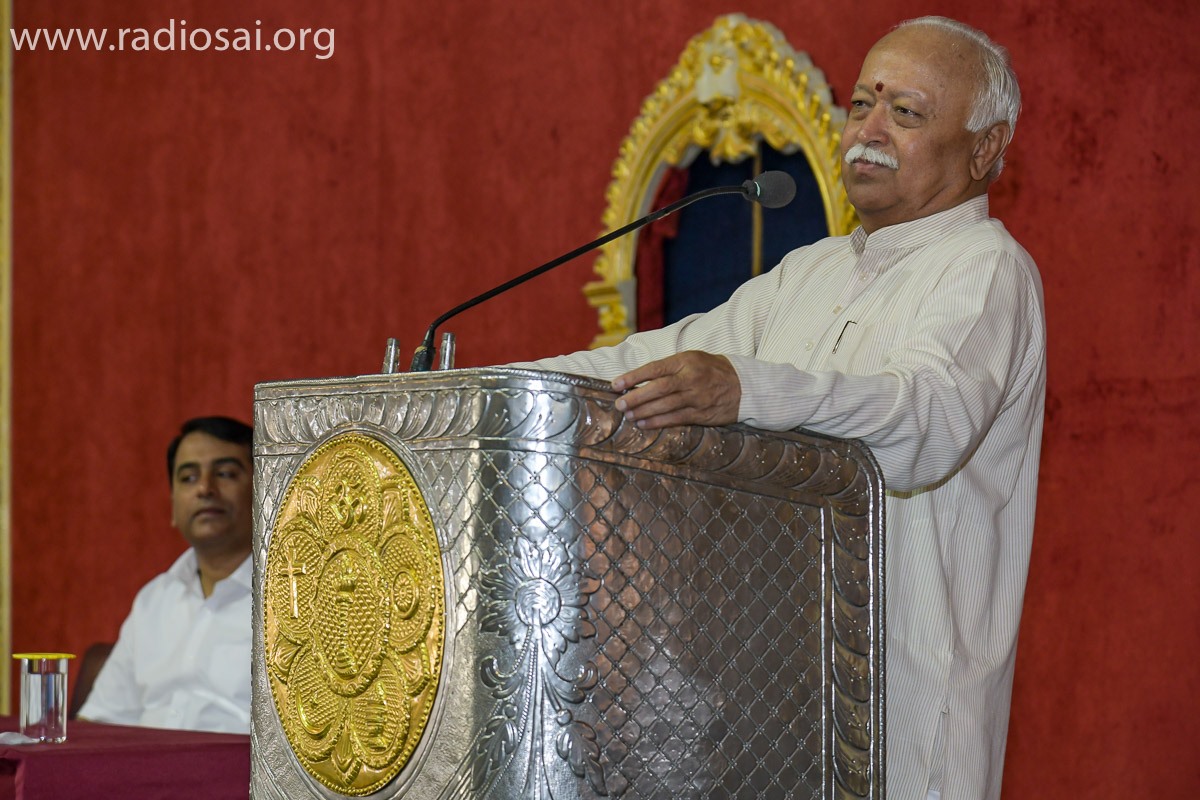 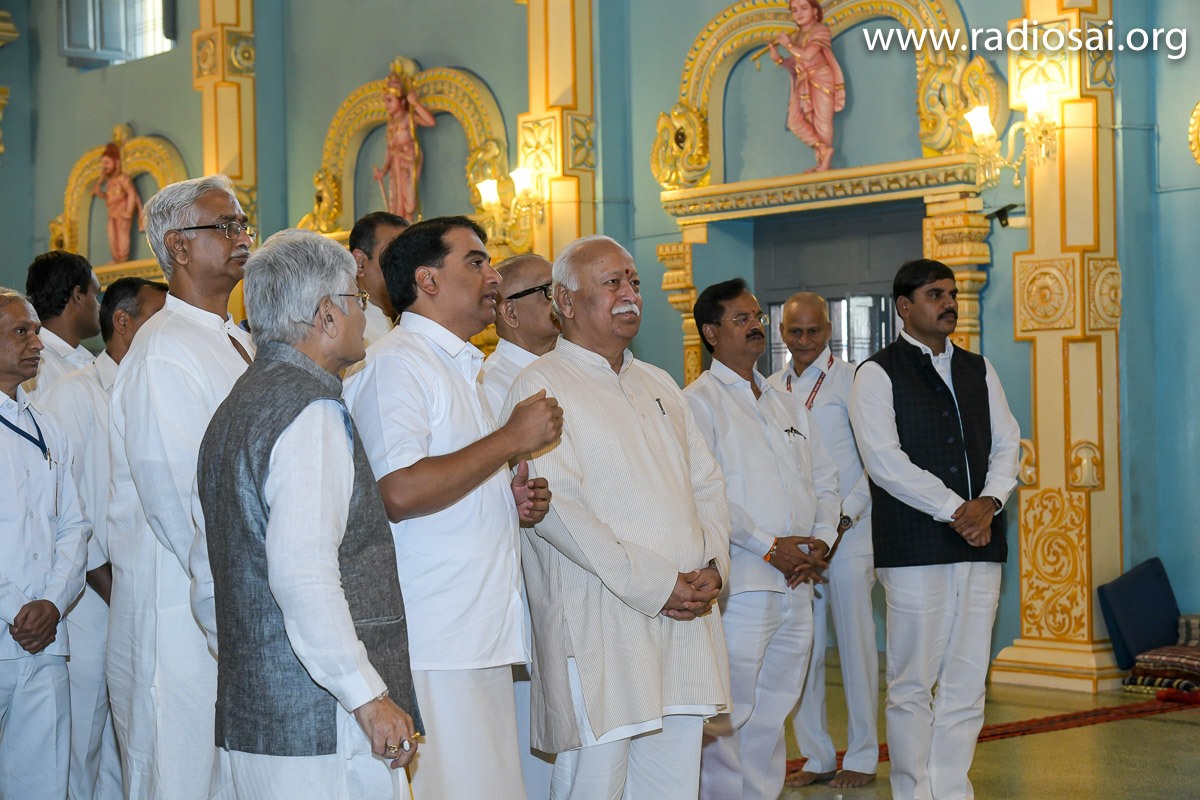 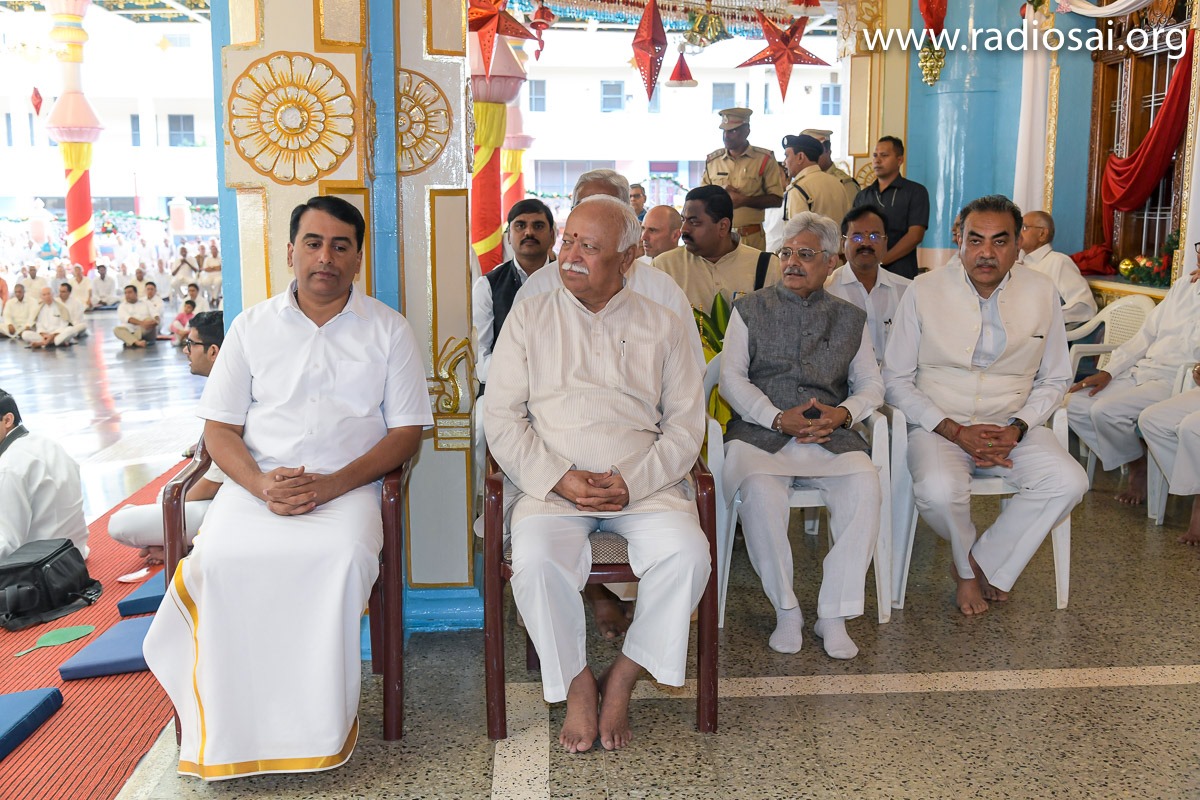