The district of Anantapur is one of the most arid and backward districts in Andhra Pradesh. The three major rivers Pennar, Hagari and Chitravathi that flow in the district are non-perennial and remain dry during the summer months. Tanks and rivers run dry for most of the year and groundwater too is scarce. Even the groundwater that is available is brackish and high in fluoride content. The excessive fluoride in the water was causing fluorosis leading to widespread skeletal and dental deformations. Thus, the people of Anantapur have for long been suffering due to lack of water even for drinking. The villagers had to trudge long distances in the harsh unforgiving heat to fetch water for their daily consumption. 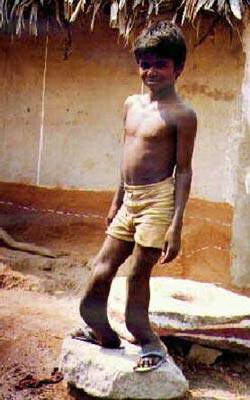 In November 1995, Bhagawan announced His concern about the suffering of the people of Rayalseema due to lack of drinking water. He said, “Rayalaseema should be ensured water supply all through the year. Today it is a Raallaseema (a rocky region). It must be transformed into a Ratnalaseema (land that glitters as a diamond).”

In March 1995, the Sri Sathya Sai Central Trust commenced work on a project to supply pure drinking water to villages in the drought-ravaged district of Anantapur. Bhagawan’s mandate was simple and direct: Provide safe drinking water throughout the year to as many people as possible, in as many villages in the shortest possible time. Accordingly, a project plan was drawn up to bring water to the villages involving four kinds of schemes. The main strategy was to tap river water where available from dams, canals and river beds and then deliver the water through an elaborate network of storage reservoirs, booster pumps and pipes.

The four schemes involved were: 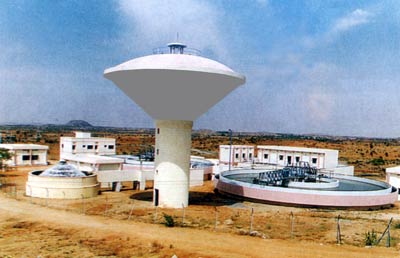 Water is drawn from an already existing irrigation dam and is then distributed to the villages through a network of pipelines. For the project, water from the Penna Ahobilam Balancing Reservoir is sent for treatment to a rapid sand filtration system and then pumped to about 93 villages in the Kalyandurg, Atmakur and Udiripikonda sectors. In some areas, infiltration wells are sunk into riverbeds to tap water from underground streams. The subsoil water is then drawn throughout the year from these wells and fed to a collection well from where it is distributed to many places through a system of pumps. The water obtained is pure and requires very minimal treatment. Wells were sunk on the banks of the Chitravathi, Hagari and Pennar rivers for this purpose. 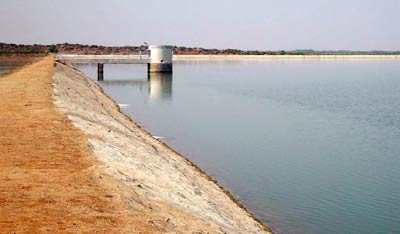 This method is used in places where the surface water dries up during acute summer conditions. Water is tapped from the Tunghabhadra Canal during the rainy season and is fed to a set of summer storage tanks, from which water is pumped during the dry season. The summer storage tanks are about 100 acres in extent. This scheme covers 97 villages. 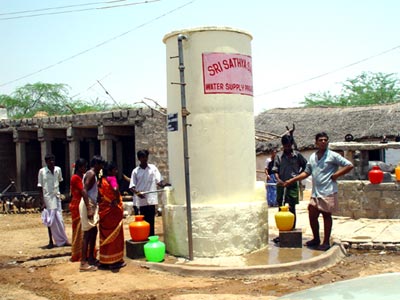 This simple scheme covered 279 villages and involved drilling deep borewells and installing submersible pumps to draw out the water. This procedure was used wherever the groundwater was found to be sufficient and free from excessive fluoride content.

The first phase of the project was inaugurated on 18th November 1995 by the then Prime Minister of India, Shri P.V. Narasimha Rao in a function held at the Poornachandra Auditorium in Prasanthi Nilayam. Altogether, 731 villages were covered in the project at a cost of Rs.3000 million and was completed in a record time of eighteen months thanks not only to a dedicated team of workers from various establishments but also thousands of inspired villagers who contributed their mite to make this Divine project successful. A total of 1.25 million people were benefited by the project.

The project was formally handed over to the Government of Andhra Pradesh in October 1997.

This project has received much acclaim from the Government of India: 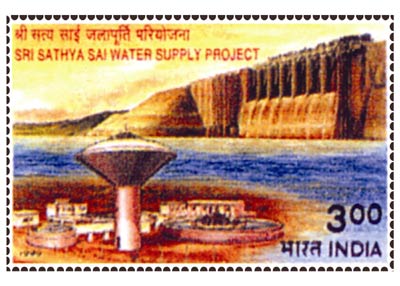 The ground water table in the three mandals of Bukkapatnam, Kothacheruvu and Puttaparthi in Anantapur district have gone down drastically and the normal depth of the bore wells drilled was above 600 ft. In addition, almost all the habitations in these mandals were affected by excess fluoride in the water. The fluoride content ranged between 2 PPM to 4 PPM as against the safe levels of around 1 PPM. This excess fluoride causes severe health hazards, like rheumatic arthritis, dental decay, intestinal problems, etc.

During the year 2013, the Trust decided to take up the Water supply project, for the 118 habitations in the three mandals of Puttaparthi, Kothacheruvu and Bukkapatnam that had not been covered under the Anantapur Water Supply Project of 1995. The Government of Andhra Pradesh accepted the proposal of the Central Trust and came forward to bear the electrical installations cost apart from providing land and water required for the project. Further, the Government of Andhra Pradesh also exempted this project from all taxes. This scheme, like the earlier scheme provides safe drinking water.

This project, with an outlay of Rs.80 crores brings water from the Chitravathi Balancing Reservoir at Peddakotla. 411 kms of pipeline were laid with the capacity to provide water to a population of 2.5 lakhs.