A truthful, righteous resolve with a Divine foresight to touch and effect and thus to transform hearts en masse resulted in the planting of a small sapling five decades ago, in 1969. The sapling then has grown into a gigantic tree over the decades, a Movement by its stature, under the banner of its mentor and founder, Bhagawan Sri Sathya Sai Baba that is completing 50 years of phenomenal existence this year. It is Sri Sathya Sai Balvikas, Bhagawan Sri Sathya Sai’s mammoth value-based ‘spiritual’ movement aimed at blossoming children as future ambassadors, training them in the path of Sanathana Dharma. In essence, the Sri Sathya Sai Balvikas can rightly be described as the summum bonum of all spiritual knowledge.

Celebrating the golden jubilee year, 10th Pan-India SSSBV Meet and 7th Annual Convention of Group III students and alumni of SSSBV are being held in the immediate Divine OmniPresence in Prasanthi Nilayam, today and tomorrow. The two-day programme is scheduled to have intense sessions decorated with speeches, cultural programmes and convocation ceremony.

…And the telling impact of Balvikas? A short, yet boomingly confident speech by an alumna followed next, who spoke as to how the movement made her confident in life, helped blossoming virtues, making her a worthy instrument at the Hands Of Bhagawan.

A Bharatanatyam dance recital, Sivopasana, by the Karnataka wing was item next that ended with Bho Shambho Shiva Shambho Swayam Bho.

Sri Siddharth, a BV alumnus from Madhya Pradesh, spoke in Hindi next, in a voice with greater conviction and emphasis, defining the BV as a movement with multifarious dimensions that among other things promotes the eternal values of ‘Samastha Lokah…’ and ‘Vasudaiva Kutumbakam’. How the Balvikas movement, slow and steady, is bringing all-round transformation in him, and how priceless and phenomenally impactful the movement is,  formed the crux of his inspiring talk.

Scores of winners of Sri Sathya Sai Achievement Award for excellence were felicitated next, by the hands of Hon’ble (Mr.) Justice V. Ramasubramanian, Supreme Court of India. 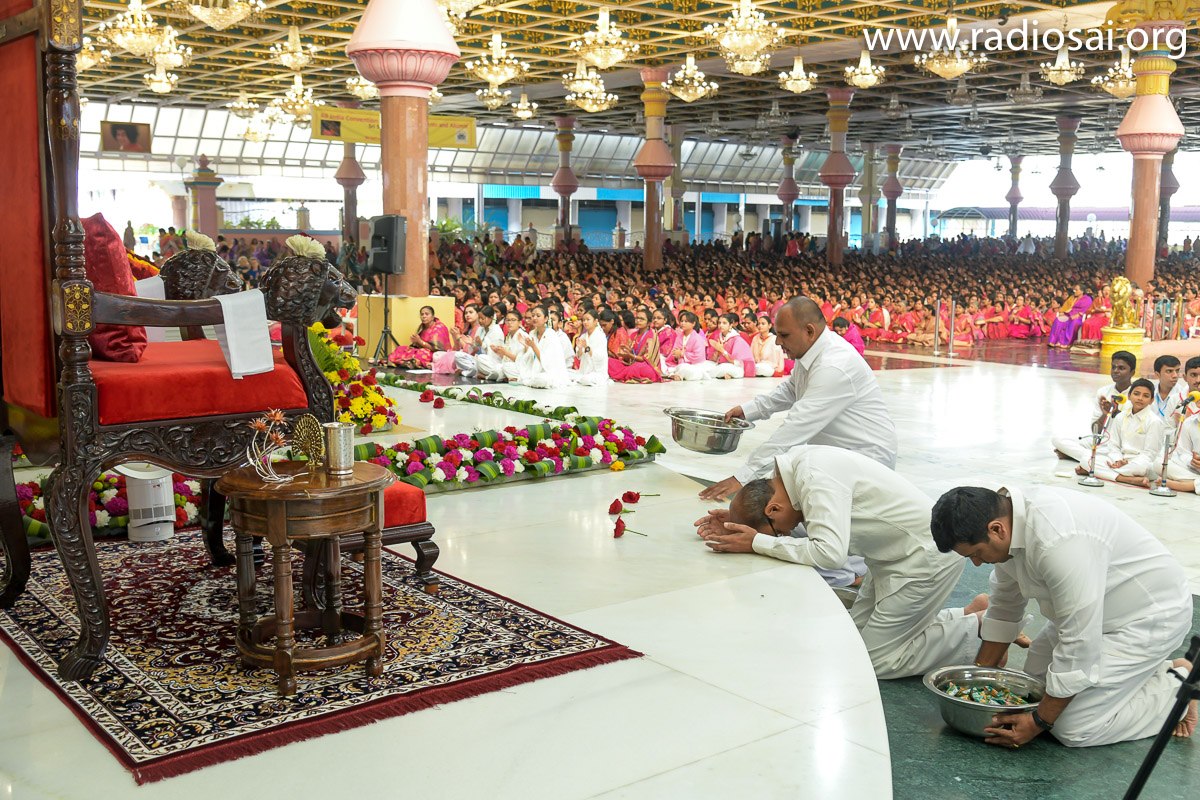 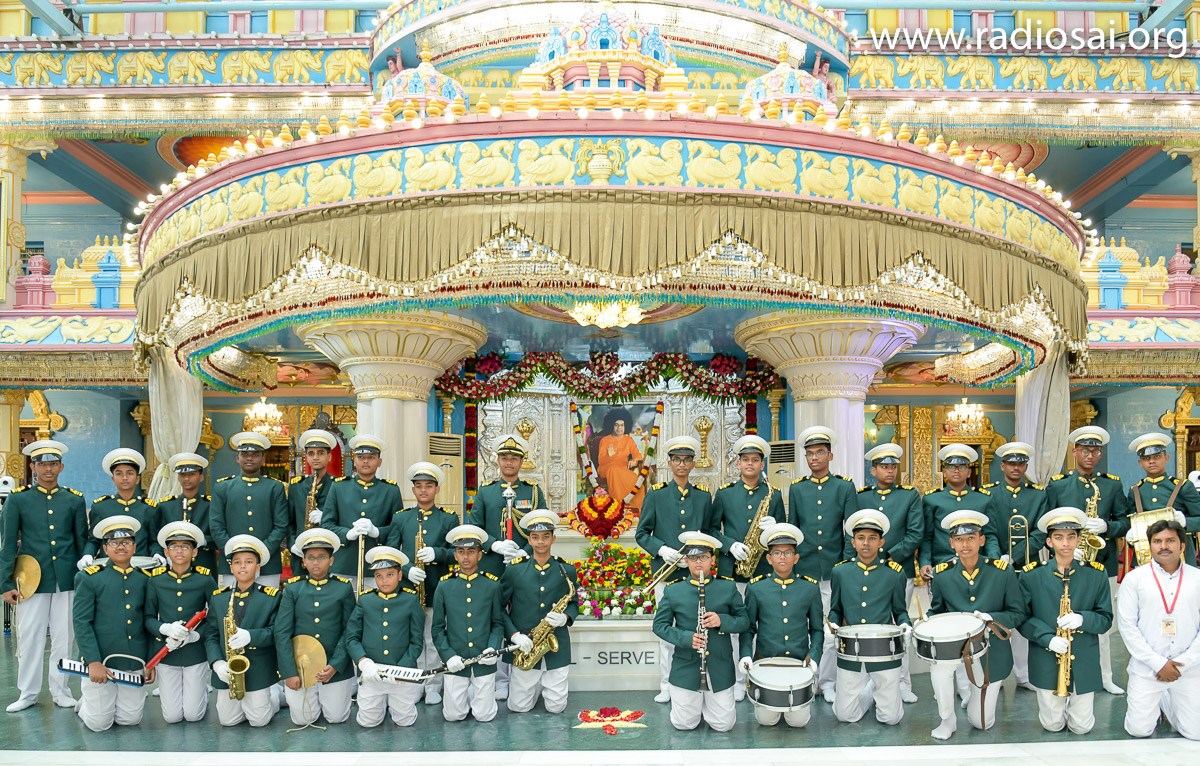 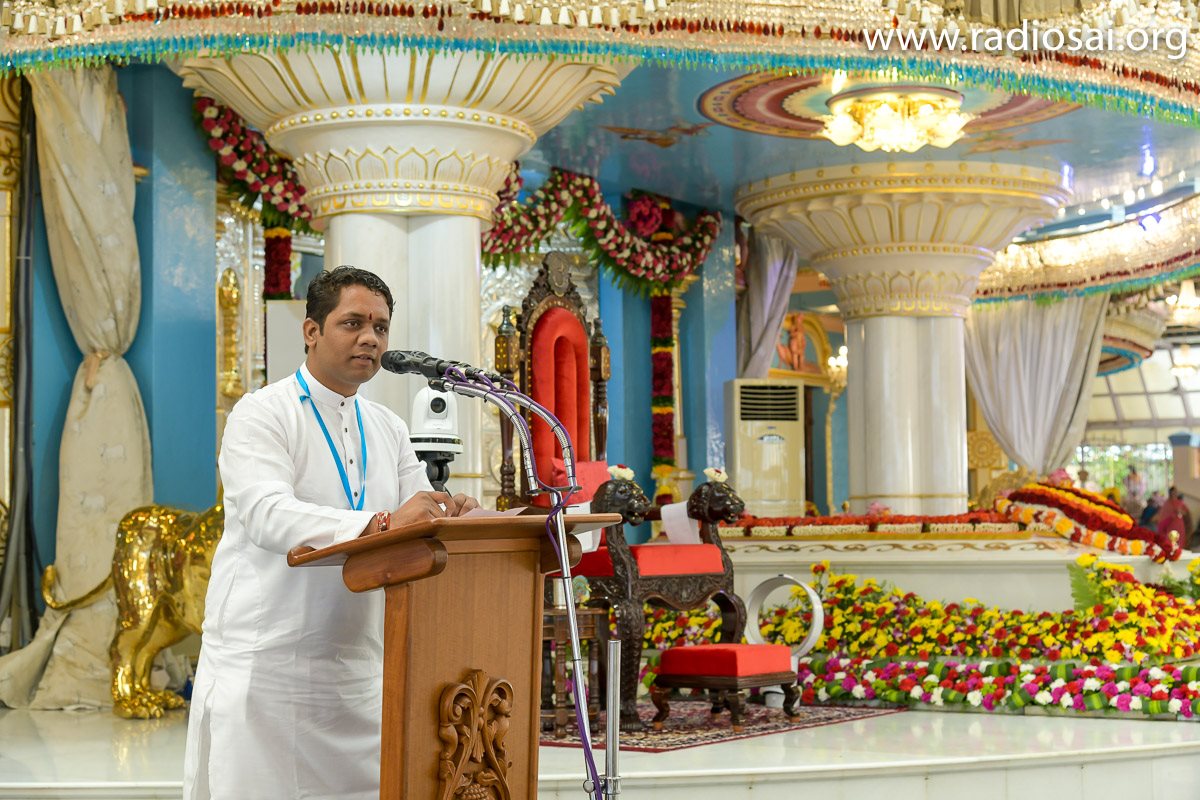 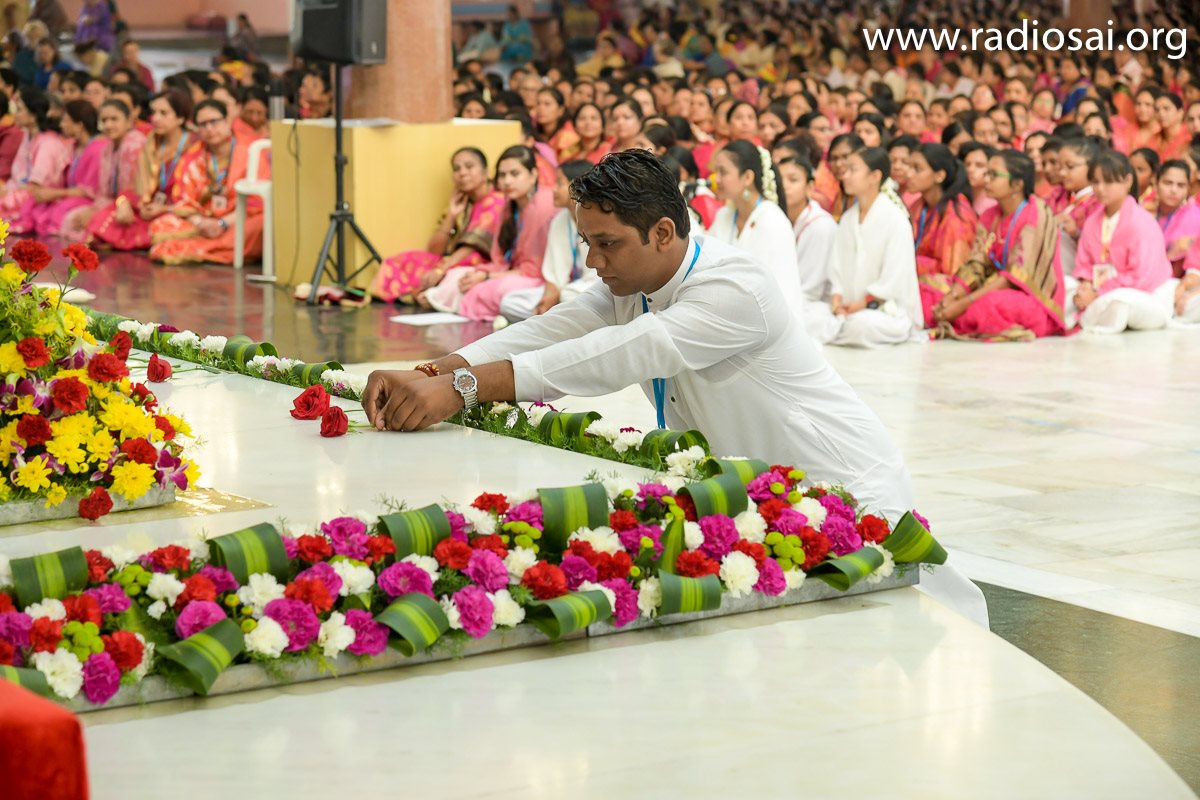